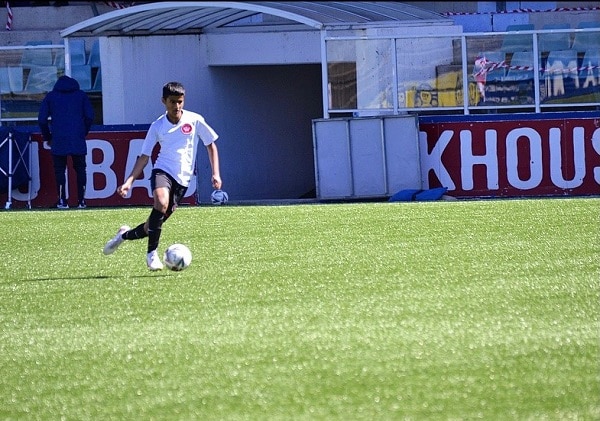 Ashwell Starr still remembers that he scored over ten goals in the first soccer match of his life as a young boy. Ever since, the now 13-year-old has been hooked to the beautiful game.

“I love the thrill of the competition and scoring goals,” Ashwell admitted with a cheeky grin.

Over the years, he’s garnered a few feathers in his cap, playing for big clubs in Sydney like the Parramatta Eagles and Marconi Stallions. The left-wing striker impressively ended the 2019-2020 season as the highest scorer in his age group in the league.

Next year, the budding soccer star is all set to commence a new stage in his career, playing for the U-14 team of the highly competitive Western Sydney Wanderers.

“It’s a testament to his skills that he was scouted by the Western Sydney Wanderers. You don’t typically try out for the Wanderers – they scout you,” proud father Carlton Starr told Indian Link. 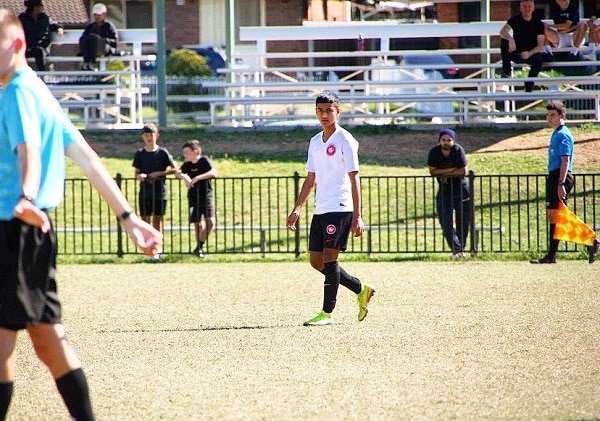 By most accounts, he could be the most successful Indian player in the Australian youth league so far. Of course, the accolades don’t come easy.

“Ashwell undertakes specialised training once a week with one of the best academies in Australia called Futboltec,” Carlton explained. “Then he trains three times a week with the Wanderers. And there are games over the weekend.”

With the whole family involved in Ashwell’s training, including older brother Jason who played soccer in India and England, the game is very much a family affair for the Starrs. (Even their pet dog Diego is named after the late Argentina soccer legend Maradona.)

As part of his soccer career, Ashwell has travelled all over, such as the Cairns Cup and  Yanmar Cup in Japan last year. With such a busy lifestyle dedicated to his game, the unwavering family support helps.

“It’s not easy to train early mornings and late nights. At times, we’ve had to make sacrifices, but Ashwell has an undeniable talent. Others train very hard to reach this level of talent that he’s born with,” said Carlton.

It’s this talent that continues to fuel Ashwell’s Socceroos ambitions.

Like most boys his age, Ashwell counts Neymar, Messi, Ronaldo as his favourite players. When asked about the English Premier League, the excitement in his voice is hard to contain when he states that he’s an Arsenal fan.

So what has he learnt about himself from the game?

“Soccer, like most sports, teaches discipline and respect for the opposition. I’ve learnt to remain humble with victories and with losses,” he said.

“Ashwell is a really respectful boy. He’s learned a lot about the importance of teamwork and conducting yourself well, on and off the field,” Carlton elaborated. 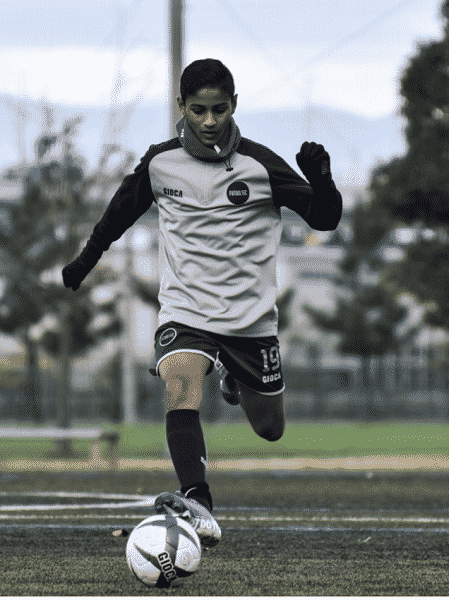 The Starrs, originally from Bombay, migrated to Australia in 1995. As Ashwell’s soccer careers continues to reach new heights, it’s easy to acquire naysayers. To this, Carlton Starr has one simple philosophy – hard work and results should do all the talking.

“It’s a great sign that there’s an increasing number of Indian boys playing soccer at the grassroot levels. I believe we’re going to see a lot of Indian talent coming up the ranks in the next few years. As I frequently tell Ashwell, no one can argue with dedication and talent,” he said.

Like with many aspects of life, COVID has put a damper on Ashwell’s soccer plans too, but the Starrs are keeping a positive outlook.

“Ashwell has been contacted by Genk, a celebrated soccer team in Belgium. But we’ve been unable to travel because of border closures,” Carlton revealed.

With this many exciting things in the works, it’s no wonder the Starrs are eager to see what 2021 holds for the talented lad. Onwards and upwards, we say!