Shaken by the country’s rising cases of sexual violence, Sydney’s Manjula Rao has taken matters into her own hands. 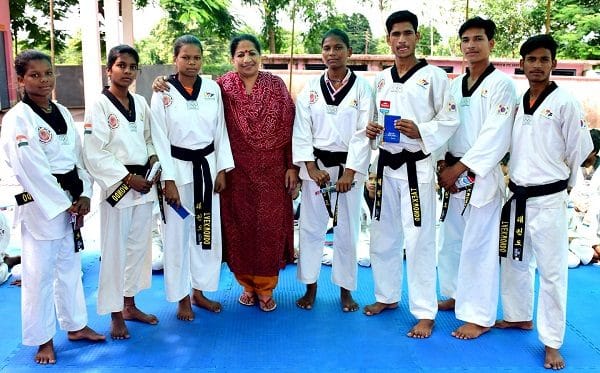 The 2012 Nirbhaya rape case in Delhi shook the world with its brutality and callousness of its perpetrators. News of such incidents make us feel angry and sad, but rarely does the common man feel empowered to do anything about the situation.

Not so for Sydneysider Manjula Rao.

“The Nirbhaya case shook me to my core, and I felt I had to do what I could,” she said.

Her two school-aged girls happened to be learning Taekwondo at that time and this planted the seed in Manjula’s mind.

“For my girls, it was just a regular sport, but I started to consider Taekwondo for its potential as a self-defense tool,” Manjula told Indian Link.

She decided to teach children in India to defend themselves and to protect others.

Manjula chose to start her mission in Bhama village of Madhya Pradesh, not far from her own home.

“It took us some time to find a teacher. I then spoke to the sarpanch of the village who gave us two rooms in a school, and we started training,” she explained.

READ ALSO: Dhanya Mani on speaking out: “It felt like a moral imperative”

The project started with one village in 2014 and soon a second village joined in. Through the NGO she set up with her husband Sudhindra Rao, called Luxmy Samiti, Manjula ensured every child who entered the course got a new uniform with all the safety gear required such as helmets and guards for elbow, knee and chest. Now every Sunday for three hours, over a hundred children gather for self-defense classes.

Manjula confesses that the journey wasn’t as smooth as this sounds. “Initially I had to speak to the villagers to convince them about rape being on the rise, about the importance of self-defense.”

In 2019, the National Crimes Record Bureau (NCRB) reported over 32,000 cases of rape in India, which amounts to over 88 cases per day.

When asked how their children could protect themselves, the villagers’ standard response was ‘Bhagwan ke bharose’ (we leave it to the Almighty). To that, Manjula countered, “Yes, we are always under the guidance of the Lord, but there are some things we’ve got to do ourselves!”

Visiting the villages, often four to five times a year before COVID struck, speaking in Hindi and dressing in Indian outfits, Manjula has subtly gained the trust and established a rapport with the village folk.

The number of enrolments increased gradually.

“Girls are afraid no more, and the boys learn how to respect girls. In a society where there is no place a boy can talk to a girl without a stigma attached to it, we have open classes where the girls and boys train together.” 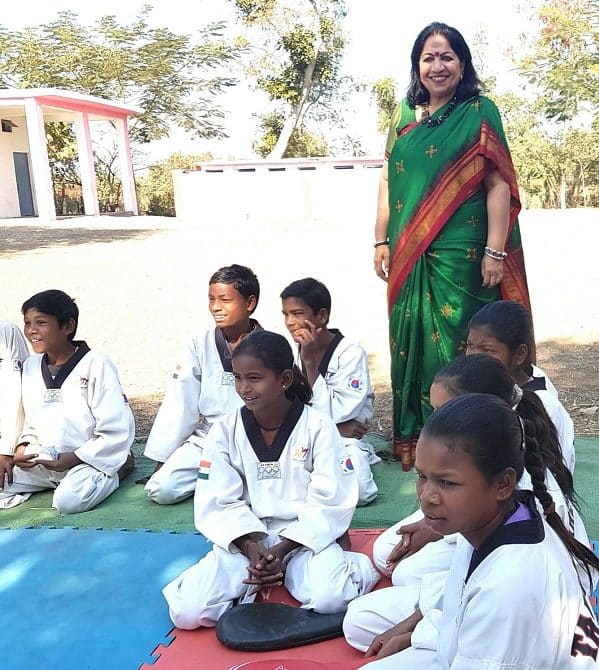 Little touches such as teaching the children to groom better, further added to their confidence. Manjula observed a change in body language. “Before training they walked with their heads bent and shoulders stooped, but the confidence gained from learning martial arts has made these children sophisticated in themselves,” she reported with pride.

Two of their girl students have already won medals at Taekwondo competitions. However, Manjula asserts that that medals and fame are not what she encourages.

“Gold medals work for you individually, not for society. I want our students to be confident and be an example for others. Competition deviates from actual training. They must train to protect themselves and protect others.”

What makes her happy is to see her children get their black belts, which four girls and three boys have achieved already. 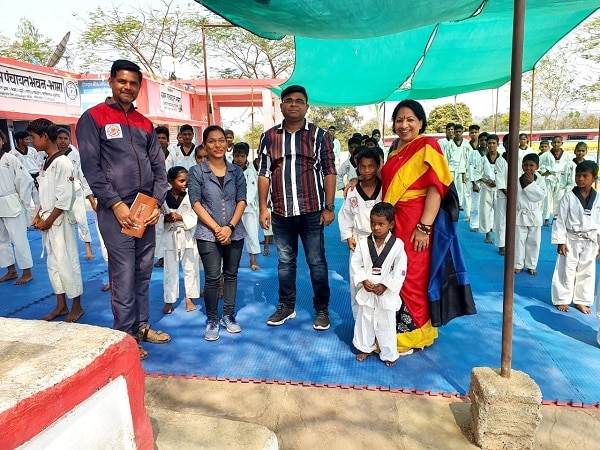 She sees the fruits of her efforts in more ways than one. “If the girls see a boy harassing someone now, they speak out. People in the village have come to know the Taekwondo children and respect them.”

The course is so popular now that girls from other villages ask Manjula when she will start lessons for them. Unfortunately, the project is limited by resources and she hopes for more like-minded people in Australia to join her in this mission. Her NGO Luxmy Samiti would love more volunteers and financial patrons who would like to sponsor children and enable the organisation to go out to more villages.

“My work will not stop, but this mission could do with a bit more speed, more momentum,” Manjula said.

Inculcating the tenets of Taekwondo – courtesy, integrity, perseverance, self-control and indomitable spirit – in each child is what the project aims to achieve. 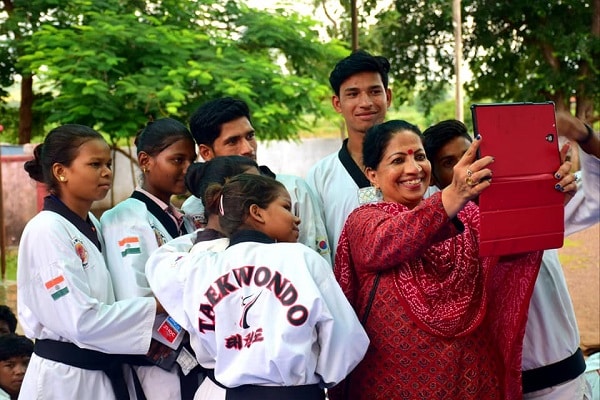 Today, she has managed to enter the tight inner circles of the villages and laid the foundation for this societal change, but it was a difficult and long journey. She wants to take this further to ensure further empowerment of women in rural India.

While it is true that education is the way to make far-reaching changes in society, perhaps empowering individuals through self-defense classes is one crucial step towards giving them control over their own safety.