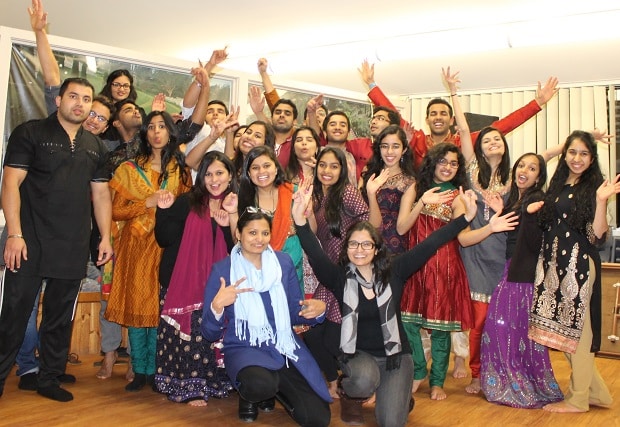 Young members of Australia’s Indian community were recently afforded a unique opportunity to become reacquainted with their Hindu heritage.

In a three-day camp organised by Yuva, a unit of the Hindu Swayam Sevak Sangh Australia Inc, participants engaged with ideas and activities relating to living with Hindu values in the Australian environment.

Thirty one university students from Sydney, Brisbane and Melbourne attended the event at Yerrinbool, NSW in late July. Based on the concept of ‘Seva’ (service) the students were treated to an engaging learning environment jam-packed with physical and mental activities.

Daily activities included prayer, yoga, team games, discussions, workshops, lectures and ‘garba’ dances in a schedule that began at 6am and concluded at 11.30 pm.

The stimulating program included interactive workshops focused on character building, personality, giving back to the community through ‘Seva’ and on developing long lasting healthy relationships, with a niche focus on brotherhood/sisterhood.

Equally thought-provoking were the quiz sessions on Hindu culture and the debates about controversial issues faced by Hindus living outside of India.

All activities were designed to be relatable to the participants’ everyday life, and gave them better insights to deal with challenges they may face in future.

The physical activities were intended to push the youngsters outside their comfort zones and link theories from the workshop sessions to real life situations. In one activity for instance, a blindfolded team was led by their leader through obstacles, with no language used whatsoever. Instead they devised sound signals for actions required.

And of course singing and dancing is never far behind when a bunch of Indians get together! Patriotic songs such as ‘Galat mat kadam uthao soch kar chalo’ were sung with great fervour as the participantsqueued up in files for ‘Shakha’ – the evening ode and prayer ceremony. And the ‘garba’ sessions had everyone clapping and twirling away in gay abandon.

Meal times, vegetarian of course, offered a great opportunity to catch up and share insights about the experiences of the day. Sitting around the communal dining table, Ankhita Ananda, one of the camp participants spoke of the many new friends she had made.

“The opportunity to enhance our adaptability and enrich our personality has also been worthwhile,” she said.

“I didn’t realise I was learning!” chimed in Smitha Iyengar. “I was too busy having fun”.

The Yuva camp was headed by Sri Ramyavaran from the HSS, with activities co-ordinated by six volunteers including Amit and Vaishnavi from NSW, and Kailash and Rahul from New Zealand.

As only the second ever HSS Yuva camp, the event offered a great sense of community and a valuable platform for young Hindus to come together.