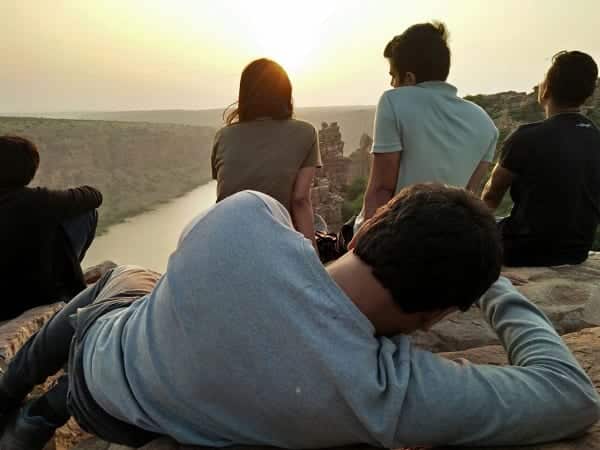 When we think about film shoots, we imagine large sets, expensive camera equipment, vanity vans, and so much more. But Bangalore’s Seby Varghese chose to do things a little differently. His film Unfateful, currently earning praise in the international festival circuit, was shot entirely on an iPhone 7 Plus.

“People may scoff at using a phone to shoot a film, but it really comes down to what the film demands. There’s nothing wrong with using a phone if it helps you bring your vision onscreen!” he told Indian Link with a smile. “It’s not going to replace traditional camera equipment, of course, but there’s a certain beauty in both.”

Unfateful is nominated for Best Feature Film at the Smartfone Flick Fest (SF3), Australia’s international smartphone film festival. It’s up against Threshold from the United States and Red Heart, Blank Face from the Netherlands in the category.

“In India, you traditionally work your way up the ladder to become a director. Shooting on an iPhone helps filmmakers find a different path. We’ve already seen how people were able to think creatively and produce films during lockdowns,” Seby said. (The film fest even has an ‘iso’ category this year for films shot during the pandemic.)

According to Seby, Unfateful is about four strangers – a failed painter, a freelancer, a tattoo artist, and an auditor – carpooling to Gokarna. On their road trip to the coastal town in India, the characters experience “the most unfateful journey of their lives.”

It’s a cheeky little Easter egg on Seby’s part to include an auditor as a character, for the filmmaker took a sabbatical from his own job as a senior auditor at a premier MNC to pursue his dream of making films.

“I’m a self-taught filmmaker with no film school experience,” he explained. “One of my inspirations is Australian filmmaker George Miller. He left his career in medicine and eventually created the now-iconic Mad Max franchise!”

As a self-taught, independent filmmaker, Seby also chose to self-fund Unfateful instead of adopting the traditional film financing model

Check out our 3 amazing SF3 2020 Best Feature Film Official Selections! We have Unfateful, Threshold & Red Heart Blank Face. From India, the US & The Netherlands, it’s truly a global celebration of smartphone cinema! Get your tix and more info at https://t.co/Y6pQAtsmsY pic.twitter.com/BhyDkrLms9

A part of the funding was made possible through a crowd-funding campaign.

“When I started writing the film in late 2016, I knew that I wanted to produce the film myself. When it came to selecting my cast and crew, too, I wanted to create opportunities for others. So with the exception of my music director Mariano Saulino, everyone else involved with Unfateful is a first-timer,” he said happily.

The idea to use an iPhone came from experiments on the road with DSLR and Canon cameras that became an expensive affair due to the need for rigs and additional equipment.

Unfateful was shot on the outskirts of Bangalore, Chennai, and inner villages of Andhra Pradesh in India. The director estimates that they drove “around 18,000 kilometres in total”, capturing south India’s lesser-known landscapes in an ode to the road film.

“It has a guerrilla, free flowing approach, where we discovered the film as we shot it. There was a script, but I asked my actors to put the script aside and improvise as well. In the end, the film became scriptless.”

The film is all set to be screened at the film fest, starting 9 October and running till 18 October. All the screenings are available online and live at Event Cinemas, George Street, Sydney.

Seby says the only drawback in the entire endeavor is that the Unfateful team can’t be physically present in Sydney to take in the festival experience.

“We really wish we could be in there,” he told Indian Link. “It would’ve been great to meet audiences and hear their thoughts on the film and interact with other cinema buffs… Honestly, I’m really thrilled to be representing India on this platform.”

READ ALSO: Crushing it at Tropfest 2019

Rhea L Nath
Rhea L Nath is a writer, editor, and content creator based in Sydney. She was nominated for Young Journalist of the Year 2020 (Premier's Multicultural Media Awards)