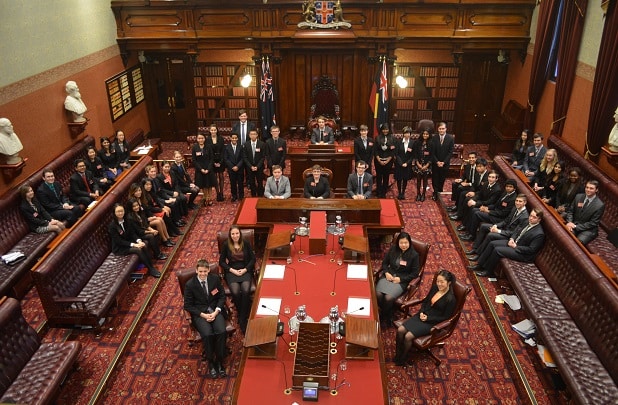 Earlier this month, I was fortunate enough to get a chance to attend the YMCA NSW Youth Parliament Program.

The YP program is the strongest promoter of apolitical youth advocacy the state has ever seen. From humble beginnings, with 50 participants 13 years ago, the program has since gone on to draft over a dozen bills into New South Wales legislation.

I was inducted into the Legislative Council (only in its second year of the YP program), joining the first ever committee investigating Indigenous Health.

As part of a small group of five students from all across the state, I studied in-depth the issue of vaccinations for Indigenous youth. Indigenous youth are an at-risk group for certain diseases that do not affect their non-Indigenous peers in the same numbers.

Our committee split into two groups looking at how best to implement additional vaccines. These sides eventually joined either the Government or the Opposition in Parliament.

At the end of our hour-long debate, our report passed almost unanimously – a huge success for us as a whole committee.

‘The decision has been reached, 35 ayes to 3 noes. Therefore, the report tabled to the house has passed in the affirmative’.

Now, our report has been sent on to the NSW government and opposition, and may even be debated in the real parliament!

Early on I had no idea how much I would benefit from the Youth Parliament program. For participants, the ability to debate on issues we are passionate about, in the oldest parliament of Australia, is something special. For the taskies (task force workers), the sight of their ‘children’ growing up and maturing must have more benefits than money can ever buy.

Everyone in the program supports one another because we understand the sensitivity of what we debate. People are filled with passion and desire to make a difference. But most of all, every participant and ‘taskie’ alike has fun.

Being a youth parliamentarian is no easy task. As participants we consider the whole of Australian society, finding issues that we feel need debating. For five months we’re constantly studying new statistics to prove why our problem is a problem. We’re thinking of ways we can tackle these issues – getting petitions signed and talking to local MPs.

In the week-long event this year, 140 Youth Parliamentarians battled the cold 5:30am winter weather to board buses headed for NSW Parliament House. Here, our parliamentary debating skills were tested. It was a verbal battlefront. Ideas were ridiculed, and flaws were pounced on and made into a joke. For young people like us, it was as close to real parliament as we’re going to get.

For some of us, we would’ve thought Year 11 or Year 12 study would deter us from doing this. Sacrificing precious study time for report research is certainly not everyone’s cup of tea!

The most magical thing is, in parliament, we’re not surrounded by study. The HSC does not exist. We’re just there, advocating for solutions that we ourselves have created. We are there to make a change, and we know that we will fight for it until the end of the debate. We’re there to fight for the future, and we won’t go down easily.

The YMCA has a motto for Youth Parliament: It changes everything. As a recent participant, I agree whole-heartedly. I have never been so passionate about such a range of issues before. The opportunity for growth, the environment, and the people and support in the program made it all very worthwhile.