A Diwali fireworks spectacular – of a different kind

Rocket. Chakri. Anaar. Loom. You could have had them all this year. 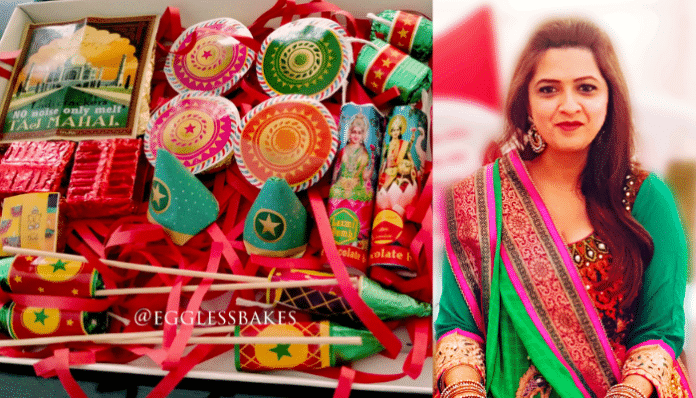 It’s the day before Diwali. Those childhood days are coming back when your folks brought that much-awaited bag of firecrackers home from the shops.

Of course, you can’t imagine doing the same for your kids in this day and age (not even in India this year because of a COVID-driven ban).

So what would you say if we told you your favourite childhood firecrackers were all available right here in Sydney until about last week – made by a small home-based enterprise? 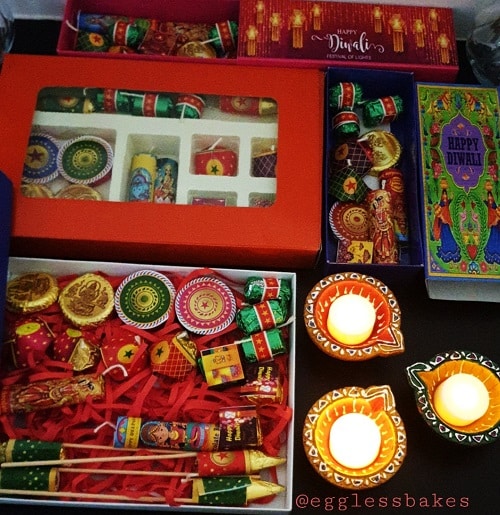 These delicious pyrotechnic-themed chocolate treats are the creation of Sydney-based Falguni Shah, proprietor of Eggless Bakes.

“It’s a different Diwali in this pandemic year without the usual mega celebrations, so I wanted to do something different to feel enthused about it all,” Falguni told Indian Link.
Her meticulously crafted firecrackers, all in chocolate, replicate the real deal closely in size and shape – you could just grab one and rush out to the yard to put it to blaze!

As a baker, Falguni has wowed us before with her Indian-themed creations such as a Janmashtami cake featuring baby Krishna’s matka of butter, wedding cakes that look like folded saris, and festive cakes in the form of dholki drums.

This time round, she went with novelty chocolates.

“Firecrackers were such an important part of our Diwalis as we grew up in India, even though I might not endorse them now!” she laughed.

Her boxes of patakas have been a great source of thrill to all that have seen them. The bang, of course, comes when you pop them in your mouth.

READ MORE: The tyranny of a distanced Diwali

Weeks were spent designing and crafting the chocolate crackers. After the final versions rolled out, more effort went into creating the wrappings, the stickers, and the fashioning of
the boxes.

“I made the chocolate firecrackers for friends and family who ordered, and they brought in more orders from their own friends,” Falguni reported. “I was sold out in less than a week.”

What was the most popular order? “The rocket, of course!”

The creative baker is already bursting with ideas (pun unintended) for next year. Rasmalai and gulab jamun flavoured chocolate firecrackers, anyone?