Before Modi in Oz… 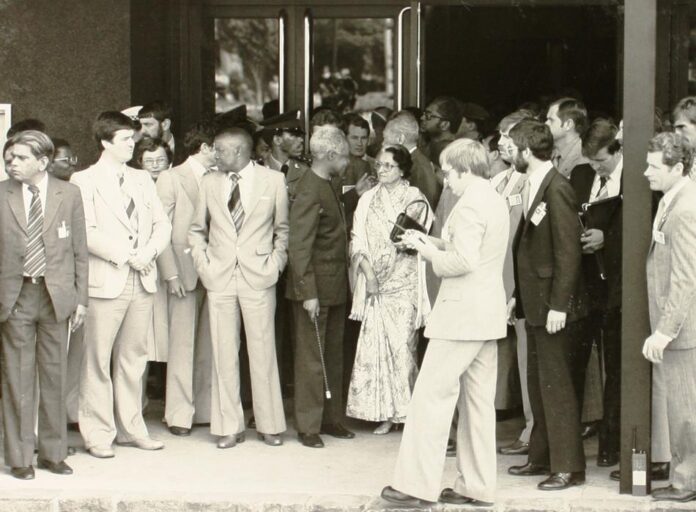 Sydney’s Rekha Bhattacharjee remembers clearly the last visit of an Indian Prime Minister, way back in 1986. The community reception organised for Rajiv Gandhi then was consulate-led. M. Hamid Ansari, the current Vice-President of India, who was High Commissioner in Canberra then, organised an afternoon tea event at which Rajiv Gandhi met a small group of community members at Sydney’s Intercontinental Hotel.

“Rajiv was charming and articulate,” Rekha recalls. “I particularly remember his comment about NRIs. They may be called ‘brain drain’, he said, but I like to call them our ‘brain bank’”.

At dinner later that night, hosted by NSW Premier Barrie Unsworth at the Wentworth Hotel, Rajiv had surprised everyone with his knowledge of some very early India-Australia links: from 1788 to 1836, the Roman Catholic Church in the colony of New South Wales was part of the Diocese of Calcutta.

Rekha also recalls the great rapport that the young Indian leader shared with Australian Prime Minister Bob Hawke; the Sikh protesters that had demonstrated outside the Wentworth, and Rajiv’s interview with Laurie Oakes on Channel Nine where he had claimed famously that politics was his dharma.

Neville Roach, another community stalwart, can recall an even earlier Indian PM, Indira Gandhi, who visited in 1968. “I remember reports of her being received at the airport,” Roach told Indian Link. “There was no event or community function; it was all low-key.”

Mrs Gandhi visited again in 1981, as part of the Commonwealth Heads of Government Meet at Melbourne in 1981.

The 2002 edition of CHOGM at Coolum Queensland would have seen another prime ministerial visit, this time for Atal Behari Vajpayee. However, a certain incident at Godhra (which would go on to haunt the current incumbent in some measure) had kept the Indian PM away then.

18 Nov: Attend state banquet with Tony Abbott at MCG after tour of stadium