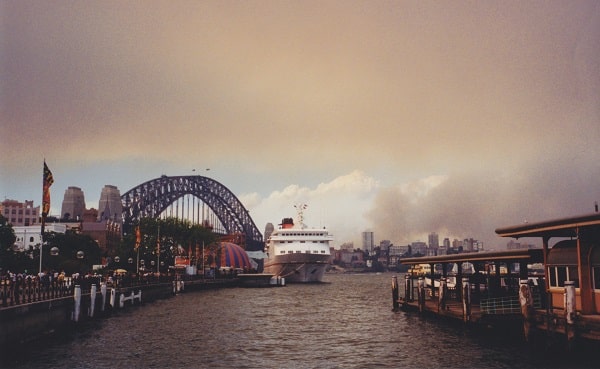 The New South Wales Meteorology Office on Tuesday tweeted,”Sydney is also known as the ‘big smoke’ and is living up to the nickname today. Bush-fire smoke will slowly ease during the day, increasing tonight. A poor air quality alert is current.”

Health authorities have urged asthma sufferers across Sydney to stay inside as a thick blanket of bushfire smoke settles across the region.With safe levels sitting at between 34-66, residents are being urged to take care.

Government data of the state showed the air quality was “poor”. In some districts of the northwest, the indexes of PM 2.5 particles reached 130 and PM 10 reached 195, Efe news reported.

The smoke Sydney woke up to was from the fires of Gospers Mountain, about 300 km northwest of the city. About 850 sq.km of land has been burned, greater than the area occupied by the capital city of Canberra.

The impact of the smoke, which also affected Wollongong and Newcastle, is expected to worsen due to intense heat on the east coast of Australia, in the next two days. The weather conditions will make work difficult for the more than 1,300 firefighters who have been fighting the flames for almost two weeks.

At least six people have died from the bushfires in New South Wales, the region most affected by bushfires. Since July 13, 13,000 sq.km of land have been razed.

Likewise, neighbouring Queensland and the south of South Australia will see temperatures around 40 degrees Celsius, which may aggravate active fires or create new ones.

The fire season in Australia varies by area and weather conditions, although fires are generally recorded during the summer months of December to March.

The worst fires in the country in recent decades occurred in early February 2009 in Victoria, causing 173 deaths, leaving 414 injured and burned an area of 4,500 sq.km.