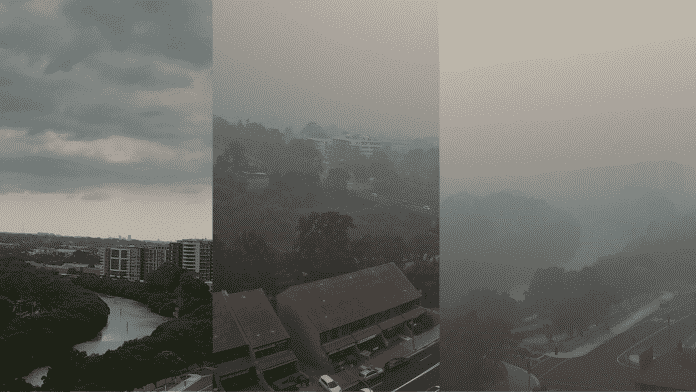 Released by the Climate and Health Alliance on Monday, with signatures from the Royal Australasian College of Physicians, Australasian College of Emergency Medicine, Public Health Association of Australia and 19 other organisations, the statement said “there is no safe level of air pollution”, The Sydney Morning Herald reported.

It urged NSW Premier Gladys Berejiklian and Prime Minister Scott Morrison to show leadership and “implement measures to help alleviate the health and climate crisis”, including the development of a national strategy on climate and health.

Sydney and other parts of NSW were bracing for another week of smoke haze, combined with temperatures in some areas soaring well into the 40s as a heatwave sweeps the state from Wednesday.

The forecast has prompted NSW Health to advise vulnerable groups to plan ahead and if possible to stay indoors.

On Sunday, air quality hit “hazardous” levels again in Sydney’s suburbs of Camden, Campbelltown and Liverpool, while it was “very poor” in the north-west and “poor” in the city’s east.

On December 10, Sydney’s air pollution soared to levels 11 times higher than the “hazardous” threshold as thick bushfire smoke seeped into buildings, and emergency departments were inundated with twice the average number for a single day this time of year.