We love Sydney in the summer

We pick here our Top Ten favourites from Sydney Festival 2019. 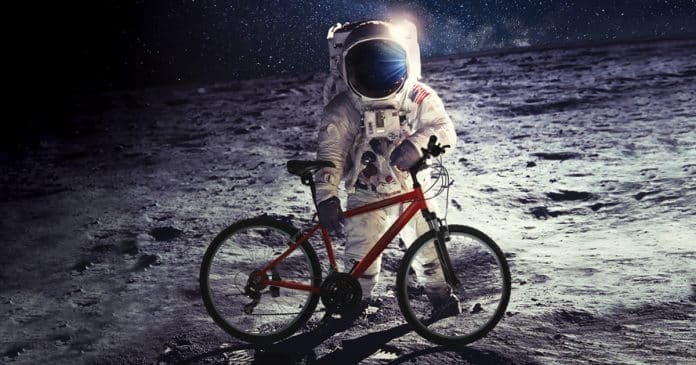 Reading Time: 4 minutesSydney sparkles in January. It’s not just the shining blue ocean water – or the cheers of Blue Army cricket fans this time round – but the cultural scene that comes alive with the annual Sydney Festival.
Every January, Sydney Festival starts the New Year with a bang, lighting up the city with a bold cultural celebration based on critical ideas and cutting-edge art and performance. The first Festival took place in 1977 and it has since grown to become one of Australia’s largest annual cultural celebrations.
This year’s edition of Sydney Festival boasts a few Indian links (see pages 10-11). It welcomes India’s top 5 Mallakhamba performers to Parramatta in MallakhambIndia and a fusion of big band jazz and Hindustani Indipop in Bridge of Dreams featuring the inimitable Shubha Mudgal. We hope you will go along to these, as well as the SriLankan story Counting and Cracking. Over and above these three, we pick here our Top Ten favourites from Sydney Festival 2019.

1 Fly Me To The Moon

You’re invited to help mark the 50th anniversary of the moon landing by taking part in an epic city-wide achievement. Jump on your bike, alongside the rest of Sydney, and collectively cycle the 384,400 kilometres to the moon. You can take part in this slightly loony lunar expedition by peddling on the wild “flying bike” sculpture Lunar Velocipede created by arts company Erth Visual & Physical.
You can also get involved in organised rides or donate the kilometres from your daily bike travel or gym sessions. Together, we’ll make it to the moon!
(9-27 Jan, World Square, Free event)
2 Nick Cave: Until

This is American artist Nick Cave’s largest, most thought-provoking and spectacular installation yet, speaking about gun violence and the race issue in his country. A world of shimmering crystals, thousands of beads, gilded pigs and a crocodile – that’s just a fraction of what you will see.
(23 Nov-3 March Carriageworks, Eveleigh. Free event)
3 Home

On an empty stage, a house rises before your eyes. People move in, move out, eat, sleep, love, argue, throw a party; as though everyone who ever lived thin the house were there together.
(9-18 Jan, Roslyn Packer Theatre)
4 Shanghai MiMi

An extravagant cabaret inspired by 1930s Shanghai, a city famous for its flamboyant clubs and heady nights. Combining Chinese jazz whilst dancers, acrobats, aerialists and singers give a thrilling performance.
(10-20 Jan, Riverside Theatre, Parramatta)
5 Sydney Symphony Under the Stars

The perfect evening to pack a hamper, grab a blanket and settle back in the Sydney summer dusk to enjoy the beautiful music of the Sydney Symphony Orchestra.
(19 Jan, Parramatta Park, Free event)
6 In the Heights

So you always wanted to fly. Check out this guy who gets to do so! A giant, moon-like helium sphere suspends a talented aerialist 20 metres above the crowd: he swoops down to shake hands with audience members one minute, and soars back up to the skyline the next.
(11-13 Jan, Prince Alfred Square, Parramatta; 16-26 Jan, Barrangaroo South, Free event)
8 Pigalle

A fusion of burlesque, circus and disco with a ‘70s soundtrack. An international cast perform a glittering and raucous night on the town.
(8-27 Jan, Spiegeltent, Festival Garden in Sydney CBD)
9 Article 14.1

“Everyone has the right to seek and to enjoy in other countries asylum from persecution.” Universal Declaration of Human Rights, Article 14.1
Watch as Australian artist Phuong Ngo builds thousands of origami boats: it’s his way of reliving his parents’ momentous journey from Vietnam in 1981. Listen to recorded interviews with Vietnamese refugees. On the tenth and last night of the performance, a boat burning ceremony at sunset will pay tribute to those lost at sea.
(14-23 Jan, Museum of Contemporary Art. Free event)
10 The Vigil
Gather at dusk at Barangaroo Reserve on 25 January for the lighting of the fire. A vigil will be held overnight to reflect on the impact of colonisation in Australia, the significance of the day before the First Fleet arrived, and what happened after. Hear musical performances and stories of Country from current and future community Elders.
(Free event)
For more info and tickets, visit www.sydneyfestival.org.au
- Advertisement -
Share
WhatsApp
Facebook
Twitter
Linkedin
Previous articleIndian Link’s Person of the Year
Next articleAsk Auntyji: Bollywood blunders and shameful shopping