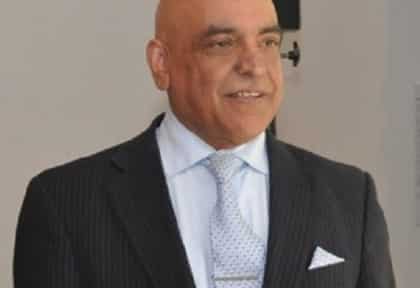 Ashak Nathwani has received the honour of becoming a member in the General Division of the Order Of Australia (AM), for significant service to the Ismaili community in Australia, to tertiary education in the area of sustainable design, and to engineering.
“I feel absolutely blessed and humbled to be recognised amongst such pronounced people,” Nathwani said while speaking with Indian Link. “It’s a very proud moment for my family and my community. I’ve received hundreds of congratulatory notes from people across the globe since (the announcement).”
Born in Kampala, Mr. Nathwani went to Aga Khan Primary and Secondary School and took a mechanical E=engineering degree from the University of Nairobi.

“When I came back to Kampala in 1972, everyone of Indian origin was forced to leave Uganda under the orders of Idi Amin. I had a Ugandan passport so I thought I could stay but they cancelled my passport and I became state-less! It wasn’t for my engineering degree but because I was a lecturer at the Uganda Technical College that I was allowed to enter Australia.”
With only 20 cents in his pocket, Mr. Nathwani landed in Australia as a refugee and worked with a couple of firms before he finally got a job at the leading engineering consultancy firm, Norman Disney & Young (NDY).
An Ismaili by heritage, Mr. Nathwani founded the Ismaili community settlement in Australia, giving it a formal structure. He led the establishment of community centres in Sydney, Melbourne, Brisbane, Adelaide and Perth, and presided over the arrangements for two visits by His Highness the Aga Khan to Sydney, in 1979 and 1987.

Giving an account of the dreadful situation in Uganda, the exodus of the Ugandans to Australia and his arrival during the all-white Australian policy, Mr. Nathwani co-authored, with his wife, a book entitled Forty Years Journey – Trials & Tribulations of Ex-Ugandans in 2012.
“A non-white back in 1972 had to be a professional like a doctor, engineer or teacher to be in Australia, so we were rather welcomed. It was a challenging journey, but the Australian government and the Australian Council of Churches, organised hostels for us and helped us find jobs.”
Born to Gujarati parents, Nathwani has always had an innate fondness for the language and music of this community. He became a leading member of various Gujarati community events and frequently performs at the Navratri Festivals. In 2015, he also co-authored Early Gujarati Migration to Australia – A Pioneer’s Perspective, with Harshad Desai.
Extensively involved in engineering, sustainable architecture and design at NDY, Mr. Nathwani helped design iconic structures like the Sydney Olympic Stadium and the Aquatic Centre. He also collaborated in 2011 on the construction of 1 Bligh Street, Sydney, a skyscraper which has 6 green stars and many awards for its sustainable design.
Because of his continued passion for sustainable design, he lead the NDY environment discipline and retired from NDY in 2011 after 33 years, to pursue an academic career at the University of Sydney. Here, he took on the role of director and senior lecturer, and pursued a PhD in Comfort and HVAC systems.
“I could now extend my passion for ecologically sustainable design by imparting and sharing my industry knowledge, and teach the students what sustainable design means in practice.”
In the past few weeks Mr. Nathwani has been talking about the practical aspects of sustainable living via radio, and is eagerly waiting to meet the Hollywood star Cate Blanchett at the awards ceremony in September this year.
His words of advice for today’s young and the restless?
“Make long term career choices for assured success. And keep educating yourself – with rapid advancements in technology, one can easily become redundant.”