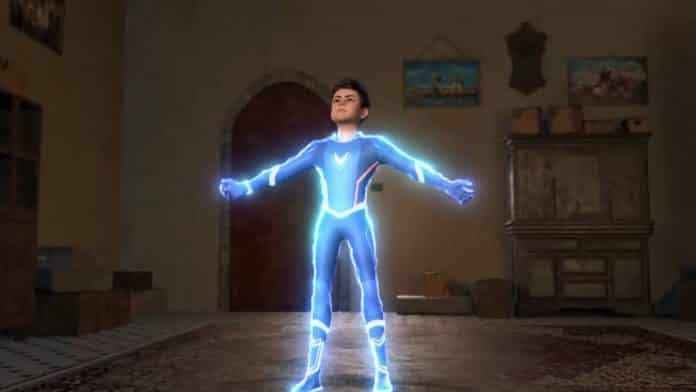 A first-of-its-kind superhero show Super V based on India captain Virat Kohli will hit the airwaves in India and in 70 plus countries through Star network worldwide and Hotstar on Tuesday, which is the iconic batsman’s 31st birthday.

Super ‘V’ is a show about a 15-year old a cricketing prodigy who discovers his superpowers, fights the biggest super villains and saves the world.

The show, Super ‘V’, gives young teenagers the opportunity to relate to the story of this young superhero and try and understand how to deal with situations and dilemmas that teenagers of today face, a statement said.

The show will be focusing on young Virat’s relationship with the people in his world who comprise of his parents, sister, friends and his teachers. Just like every other teenager, he is a fun-loving yet temperamental teenager who takes the viewer through his adventurous journey while showcasing the relationship he shares with his family and friends. The action-adventure series will show young Virat battle some of the biggest villains to save the world.

“As a kid, I was always fascinated with superheroes and animation is one of the best mediums to reach out to younger audiences. With Star India’s extensive reach, I am positive that the show will entertain and engage viewers across age groups,” Kohli said.

“‘Super V’ is an exciting series that shall captivate viewers’ interest with its unique story-telling and lovable characters. With the tagline of ‘Let’s Play’, it’s also an attempt to inspire kids to be more active,” he added.

Every episode of the 13-part series will come with a promise of humour, action and drama. The weekly show will narrate the story of how a teenager at the cusp of adulthood finds his identity between aspirations, parental expectations and peer pressures.

Kohli will conclude every episode with a message to his young fans summarising the key takeaway from the story.

‘If we could travel back in time and give our younger selves some advice, what would we say?’ The captain of Indian Cricket team, Virat Kohli got an opportunity to share some advice with his teenage self, during the official launch of Super ‘V’, the animated series based on him.

At the press launch of the show, the star cricketer walked down memory lane as he read out an inspiring letter that he had written to his 15-year old self. Wishing his teenage self, he goes on to advise him on the importance of pursuing his passion for the game and to follow his heart.

He also speaks about managing matters of the ‘heart’ while maintaining important and trustworthy friendships. He promises a great future if he keeps his eye on the ball and emphasizes that he needs to retain all the values he has been taught and appreciates the love and support of his parents.

Present day Kohli appears as the ‘sutradhaar’ in the series distilling the events of every episode into life lessons that will inspire young India. Incidents from Kohli’s own growing up years inspired situations in the series.

Speaking at the launch Kohli said: “It is essential to have a complete upbringing with a good balance of academics and sports. As a teenager, inculcating values such as discipline, leadership and integrity, prove to be stepping stones in developing an individual’s overall personality. Everyone would like a chance to go back in time to probably redo or correct a few things. On that note, I had the opportunity to connect with Super ‘V’ and give him a little clarity in thought. In today’s world, children are always looking up to superheroes for inspiration, and I believe Super ‘V’ aims to send out the right message to young viewers. I am ecstatic to be a part of this concept and to be associated with Star.”