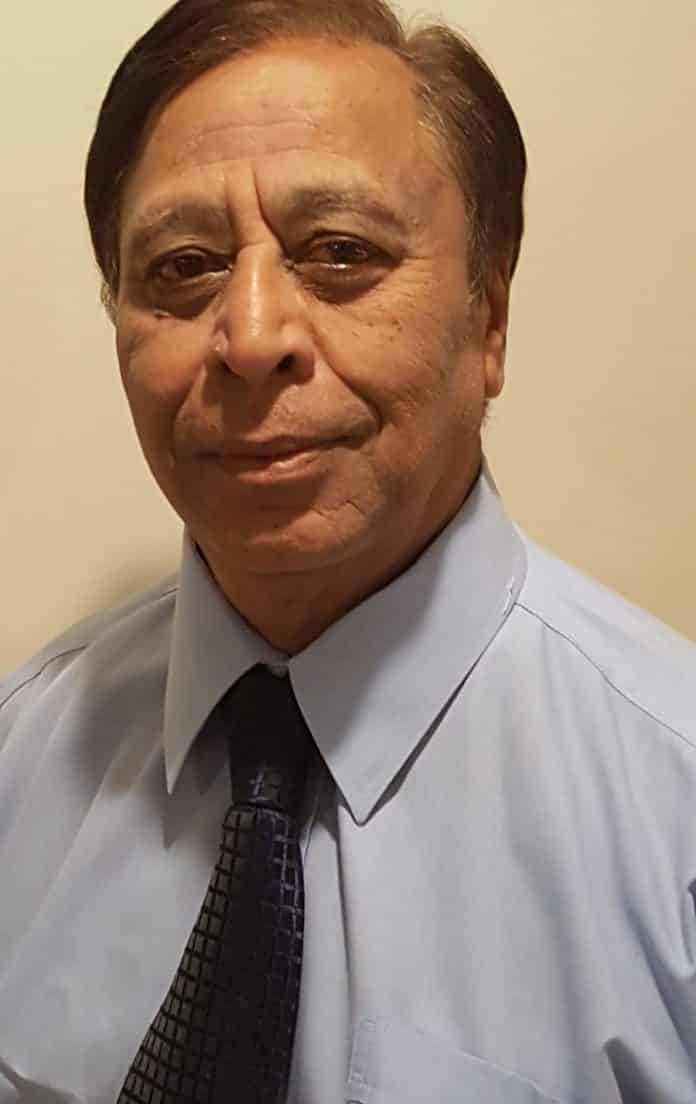 Reading Time: 3 minutesSydney’s Dr SUNDAR SUNDARAM is awarded OAM for service to the community through a range of roles
“I was ecstatic,” Dr. Sundar tells Indian Link, about being informed that he was to be honoured with OAM this year. “I came here as a young practitioner in 1974 – that’s 40 years ago – and worked hard to be where I am today. So it feels absolutely fantastic to receive this recognition.”
Dr. Sundar, 75, was born and raised in Ooty (India), and completed his education in Pondicherry and Delhi. “I was working in Delhi University, researching on cirrhosis of the liver in children. At the time, an Australian professor, Prof McDonald saw my work and invited me to be a resident in Perth’s Princess Margaret Hospital and learn more about the disease in Australia’s Aboriginal as well as other communities.”

Two years later, he moved to Newcastle Hospital and worked as a registrar in paediatrics. Over the years, after having worked across the country – Campbelltown, Liverpool, Kiama and more – Dr. Sundar now practices at Toongabbie at Dr Sundar Family Medical Practice. But how did the change from paediatrics to general practitioner happen? “I wanted to expand my repertoire and I thought I’d get to work with people of all ages, right from birth to old age.”
Dr. Sundar, now a GP for 40 years, also talks about treating diabetes, the highly-prevalent disease among Indians in Australia. During his time with Australian Indian Medical Graduate Association (AIMGA), Sundaram worked relentlessly every year to treat members of the Indian community. “I noticed that Indians had high levels of blood sugar, obesity and hypertension. In one case that’s particularly astounding, I found a 9-year-old boy with Type-1 diabetes. That spurred me on to conduct check-ups in different communities every year. I began working with Indians, and then Filipinos.”
He would even sit at the local shopping centre now and then for an hour and offer to do medical check-ups free of cost. “Of course, I didn’t know then that I would receive an award for it,” he laughs. “At the time, I just wanted to do something for the community.”
Dr. Sundar has been part of numerous associations through which he has actively contributed to the society, such as Australia India Medical Graduate Association, the AASHA Foundation, Blacktown Medical Practitioners Association, NSW Indian Welfare Association, United Indian Association and Tamil Manram.
Of these, the UIA and Tamil Manram are especially close to his heart. “As part of Tamil Manram, my wife (Rani) and I started sponsoring the Tamil school. That was 27 years ago and it had only one student. Today we’ve got 300 students. I’m so proud that we were able to sponsor them back then.”
He says about UIA, “It houses so many multicultural groups where people can get together, celebrate festivals together. Our children grow up together, those things are so important.”
So what does the future hold for Dr. Sundar? “I want to continue my work in diabetes for Indians here. I’d also like to get more involved in counselling for elderly parents who are victims of domestic violence. Another cause that I feel very strongly about is children being exposed to violence through films. It’s very disconcerting for me to see parents bringing toddlers and young kids to violent movies. I’d like to do something about it.”
Dr. Sundar adds with a smile, “I won’t be retiring. Not any time soon.”