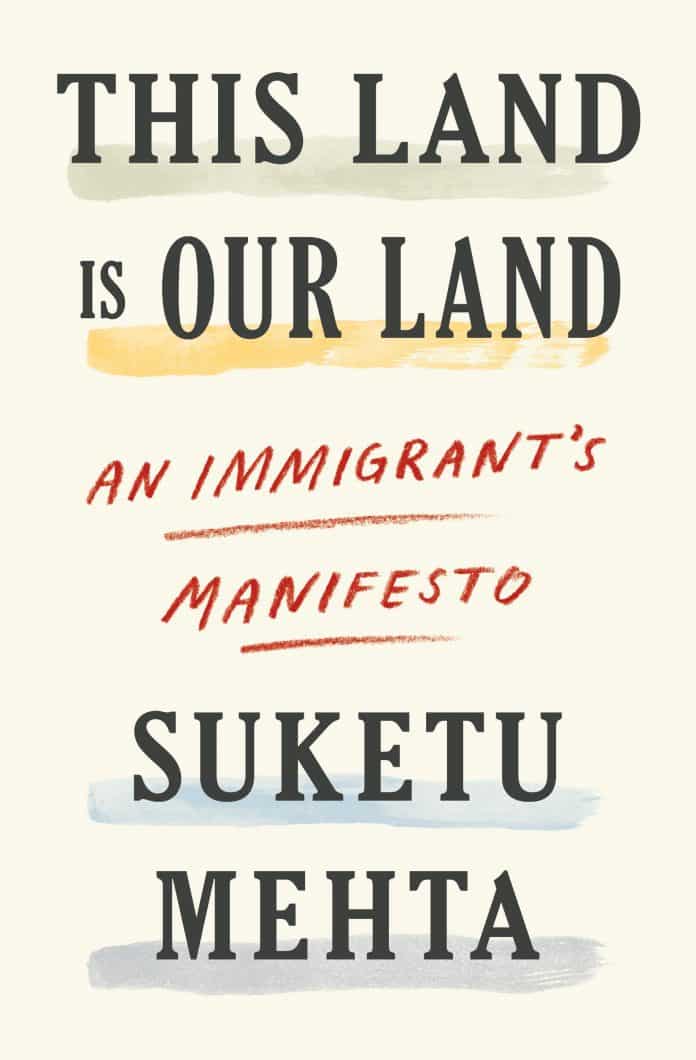 People have migrated through the ages, in search of greener pastures, more abundant food sources, better climatic conditions, and after defeat in wars or to escape them. Modern day migration is often to flee from war, ethnic rivalries, effect of colonial practices that denuded the land and made it unproductive or to seek better economic prospects. Suketu Mehta points out that migration has become a controversial term as politicians have used racism and xenophobia to divert attention from their policies by demonizing migrants.

Illegals, migrants, aliens, foreigners, stateless are some of the terms used to describe the newcomers, while US President Donald Trump typically uses much harsher epithets. In the past decade, anti-migration rhetoric has come to rule the public discourse in the West and many other countries. But, it is those migrants that boost economic activity and perform the dirty work that residents of the host country are loathe to undertake.

Suketu Mehta’s “This Land is our Land: An Immigrant’s Manifesto” is a searing broadside on migration that describes the historical causes of migration, the impact of migration on individuals as well as the native and the host countries, dispels the myths and falsehoods that surround migration and presents a well reasoned argument in favour of migration.

According to Suketu Mehta, about one-quarter billion people or one in 29 humans live in a country that is not their country of birth. He explains how the West has benefited from migration and how western countries need and will continue to need migrants to boost their economies.

Suketu Mehta calls the debate on migration as “hypocritical”. In his book, he juxtaposes his personal experience of migration, his family history, research and other tales of migration, together with reportage from ground level and the various underlying causes of migration to construct a powerful vindication for migration.

A migrant to America himself, Suketu Mehta arrived in the United States from India in the mid-1970s. He describes his family moving “all over the earth, from India to Kenya to England to the United States and back again – and still moving.” He relates the racism and discrimination, he and his family encounter in America despite being part of the so-called privileged “model” minority.

Mehta’s grandfather had a pithy response when asked in a London park in the 1980s, “Why are you here?” He said: “Because we are the creditors. You took all our wealth, our diamonds. Now we have come to collect.” It was an apt response to British colonialism, but Mehta extends it not just to the old imperialists but also to the United States for its economic colonialism. And with it, he provides the basis for the demand for reparations.

When there is talk of reparations for slavery, colonialism is not far behind as brutally oppressive and exploitative. Mehta holds that present day migration is a long-term effect of colonialism. Colonialism and slavery destroyed economies and displaced thousands of people to meet labour requirements in new colonies and at home. Colonial powers like Britain and France drew up borders (about 40 per cent of national borders worldwide, according to Mehta) without regard to ground realities.

They drew straight lines on a map of Africa to divide the homelands of tribes into new nations that resulted in huge displacement during the ensuing wars and civil strife. The US did not have colonies like the major imperial powers but it has controlled and influenced nations with its economic power.

America’s arbitrary interventions in many countries, especially in Central America, propping up dictators and repressive regimes brought political instability and strife that often forced people to flee their homes. In the 1950s, it overthrew a Guatemalan leader whose land reform polices went against the interests of the US-owned fruit company.

Mehta traveled to the migrant crossing places to learn about what he describes as ‘survival migration’ and listen to migrant stories. He visited arrival points in the Mediterranean coast and the Wagah-Attari border. He describes Friendship Park at the border of California and Mexico where people gather to catch a glimpse of loved one across on old wire mesh fence which allowed them only the faintest touch if they pushed their little finger through the fence.

The book is a significant contribution to the discussion on migration. It is an angry book, polemical in nature with a wealth of data but written in a highly readable style.