A new chapter in Victoria-India ties 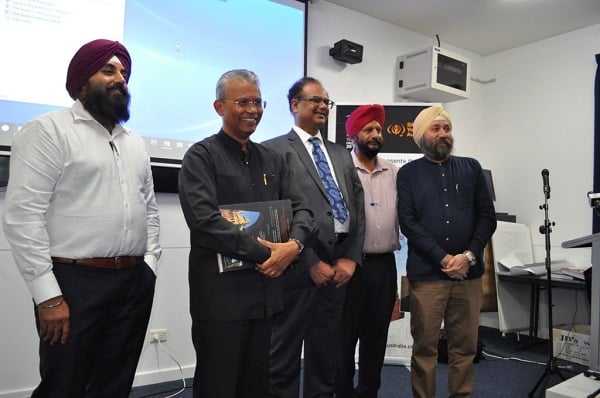 Reading Time: 5 minutesPremier Daniel Andrews’ maiden visit to India leveraged on emerging trends to reinvigorate the India-Australia relationship and strategic partnership by forging stronger ties and shared ambitions for the future.
Prior to his departure, the Premier launched the Victoria-India strategy, a decade long plan aimed to further strengthen Victoria’s engagement with India.
The ambitious strategy, drawn by the state of Victoria, identified important areas of collaboration to create synergies that will mutually benefit the two nations economically, socially and culturally.

The blueprint aims to double the value of Victoria’s annual goods exports to India from a five-year annual average of $500 million to almost $1 billion by 2027.
The focus is also on increasing the number of Indian postgraduate research students in Victoria by 25 per cent, doubling the number of Victorian businesses engaged in India from 150 to 300 and nearly tripling the expenditure by Indian visitors to Victoria to $885 million.
Articulating the vision of the strategy, the Premier hailed the contribution of Indian Australians and highlighted the recent census results, declaring Indians as the largest migrant group to Victoria.
“Victoria is proudly home to the largest Indian population in our nation. Every year we welcome more students, more visitors and more businesses from India to our state. To have the biggest and I think the most impressive Indian community in our nation, does us credit as the multicultural capital of our nation. Ours is not just a story of numbers, it’s a story of personal connections and shared contributions” said the Premier.


According to Andrews, this strategy was developed in collaboration with Indian partners, organisations and individuals and the implementation will establish a closer and more cohesive partnership between the two countries.
“Relationships are about a lot more than just trade and transactions. They’re about trust, mutual understanding and respect,” said the Premier during the official launch of the Victoria-India strategy held at the University of Melbourne.
The launch saw the Premier remove his shoes respectfully to join Indian community religious representatives in prayers, smile happily for photographs with Indian cultural groups and address the select audience in socks, sans shoes.
He took the opportunity to commend the work done by the University of Melbourne and the Australia India Institute that were co-hosts of the official launch. He also announced that funding would be provided to allow the Institute to continue its work. “There are about 209,000 Victorian Indians – and there’s a lot of diversity in that number,” Andrews said.

During his visit to India, the Premier announced initiatives that include a community festival during the Australia Vs India Magellan Boxing Day Test match at the MCG.
The Premier joined Cricket Victoria CEO Tony Dodemaide and cricketing legends Bishan Bedi and Dean Jones in Delhi, recently to announce the festival.
“The Boxing Day Test is always one of the biggest dates on our sporting calendar. This year, we’ll use the occasion to celebrate the close bond we share with our Indian friends.”
“This free festival outside the MCG will offer the very best culinary delights India has to offer, as well as a range of activities that everyone can enjoy.”
“Our close ties with India are great for our tourism industry. It creates opportunities for businesses all over the state and provides jobs for Victorians,” said the Premier.
He also announced that a digital interactive exhibition celebrating the life and achievements of Mahatma Gandhi would be shown in Victoria.
The Andrews Government will support Victoria’s Immigration Museum to show the unique exhibition – which will run from April to July 2018.

“Mahatma Gandhi was an inspirational leader and I’m thrilled that Victorians will be able to enjoy this incredible exhibition at the Immigration Museum.
“Victoria is home to Australia’s largest Indian population and this exhibition is an important way to acknowledge their cultural heritage and build the cultural understanding of India among the wider Victorian community,” he said.
In another initiative to broaden the trajectory of ties with India, Victorian school students will have the opportunity to travel to India on a new cultural exchange program.
Andrews recently visited Bluebells School International in Delhi and participated in a school lesson conducted via Skype with Bluebells’ Victorian sister school, Rangebank Primary School in Cranbourne.

Education is a key focus of the Victoria-India Strategy and three new initiatives were announced engaging with the next generation of young people. These include:
* A new two-year Victorian Young Leaders to India pilot which will see up to 200 Victorian Year 7-9 students and 25 teachers travel to India and complete two- to four-week immersion programs
*  A two-year Women in School Leadership Program that helps female school leaders, including principals and senior teachers, from Victoria and India to share knowledge related to school leadership, change management and Education State priorities
* A two-year Victorian Schools and Indian Diaspora Partnerships Program to deepen Victorian schools’ engagement with India by harnessing the knowledge of the Indian diaspora to develop and support partnerships between schools in India and Victoria.