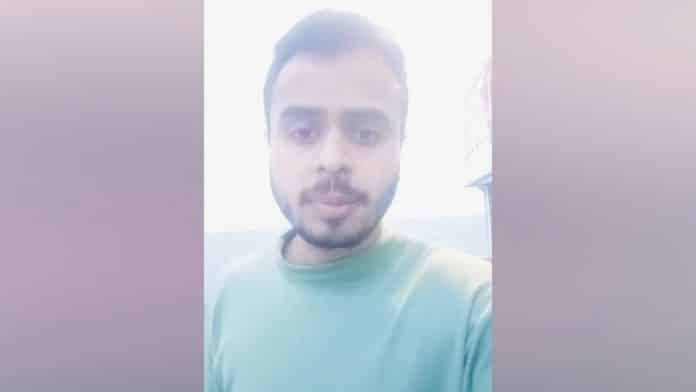 Amid coronavirus scare across the world, an Indian marine officer, stranded in Japan, has urged Prime Minister Narendra Modi to rescue and save him from the disease.

Abhay Som, 26, a resident of the Kalindi village in Meerut, UP, has been stranded on a ship at Japan’s Funabhashi for 20 days.

In a SOS video, shot on the ship and sent to the Ministry of Foreign affairs, Prime Minister Narendra Modi, he said, “I am stranded on the ship in Japan. I am scared for my life. I pray to the government of India, especially the Prime Minister, to save me as soon as possible lest I should die due to the infection.”

Som also said he had kept himself unaffected, but if he continued to remain on the ship, he could get the infection.

According to Som, he is the only Indian on the ship among 11 Chinese nationals. He has been working with the Chinese shipping company Blue Whale Maritime since January 2019 on a 10-month contract.

In the video he said his company was misleading the India embassy in Japan and his family about the contract. In February, he was travelling to Japan from China. But his ship was stopped from entering Japan due to coronavirus.

“Cases of coronavirus are rising on the daily basis in Japan. All people on the ship are Chinese, I am the only Indian. I am scared that I will also get infected. My contract with the company has ended, but it’s not relieving me, torturing and pressurising me not to leave the ship. I have spoken to Anil S. Kalra at the India embassy in Japan, but my employer is misleading him too by saying my contract hasn’t ended,” said Som in the video.

Speaking to media Som’s brother Abhishek Som said, “I have knocked every door of various Ministries but didn’t get any relief. If something happens to my brother my parents and I will lose everything.”