Stop this China obsession, India is more your cup of chai 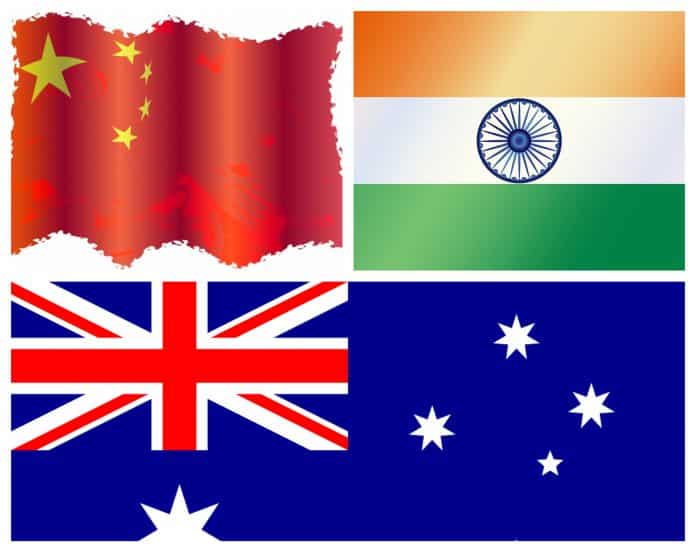 $44 million to appease China? Or to reward China for political interference in our democracy? It was with a mixture of interest and horror that I deduced the above from a front page story in The Sydney Morning Herald on 30 March, titled ‘New ambassador and $44m plan to mend fences with Beijing’.
Interest because expending money on improving a relationship – political, cultural, business etc. – with another country, is usually a good thing.
However, when that country happens to be China, Australia’s largest trading partner and also largest foreign affairs headache, I am horrified, and several questions arise, rhetorical
and real: Is this expenditure tokenistic? A sop? Is it even necessary? Is it a reward for
consistent, continual bad behaviour?
Or is it a “bribe” meant to impress upon them that we value the bilateral relationship and are taking steps (i.e. throwing money) to improve it (even though most times, we are forced to be reactive, not pro-active)?
We are aware of most of China’s international transgressions such as:

There are tens more, but I am sure our esteemed Foreign Minister and intelligence services know much more than you and I.
However, Australian Governments of both persuasions act like Jesus Christ and “forgive them their trespasses” simply for one reason and one reason only – the commercial imperative: the mighty dollar (or, Yuan).
Our trade relationship trumps our distaste at their various sins of commission and we prefer to turn an unprincipled, blind eye to China’s most egregious actions, including interfering in our democracy. Most Australian Ministers refuse to even meet the Dalai Lama – a man of peace – so scared are they of Chinese hectoring, and yet China stands up in the United Nations Security Council and shamelessly frustrates or vetoes all attempts to have Masood Azhar of Pakistan, declared a terrorist.
Australia prefers to merely stand by quietly and count its dollars.

Do Australian governments seriously think that appeasement of this bully earns them any respect, or influences/reforms China’s continuing bad behaviour?
On the other hand, one of China’s neighbours – India – with whom Australia shares a highly amicable relationship, democratic values, a commonality of law and language and whose fast(est) growing diaspora it hosts, gets little reward for good behaviour.
The Australia-India Council is perennially under-resourced. The bilateral relationship is nurtured largely with lip service such as ‘Curry, Cricket and Commonwealth’ or some such trite or inane words, usually on token Ministerial visits.
Try finding $44 million dollars extra to throw at a ‘good problem’ like India and see where it gets us, Minister Payne.
This writer discussed the above with one of the Australian-Indian community’s outstanding thought leaders, Neville Roach AO. He opined that “putting Darwin port under Chinese management was one of our most breath-taking examples of pursuing the yuan”. Roach has long been unhappy about Australia’s slavish relationship with the US, which he feels has dominated our foreign policy and led us into the disastrous wars in Vietnam, Afghanistan and Iraq. He has also long been critical of the seriously neglected relationship with India by both the Australian Government and Australian business – especially the big end of town – and can’t see a change of heart any time soon, by either.
“Mind you, India is not the only country of significant importance to Australia that we neglect and take for granted. Our relationship with Japan and Indonesia is of benign neglect, too,” says Roach. “Australia needs to adopt a policy of non-alignment – the only policy that makes sense for a country that wants to deal independently with all nations in its own self-interest. We could learn a lot from Canada and New Zealand,” he concludes.

With a change of Federal Government imminent, it is to be hoped that the extremely capable, putative Foreign Minister Senator Penny Wong, will radically reset the relationship with India.
It is high time that the lip service we get from both major political parties of Australia regarding India is matched with foresight, hard dollars and real action. Even good guys get tired of watching bad behaviour being continually rewarded.