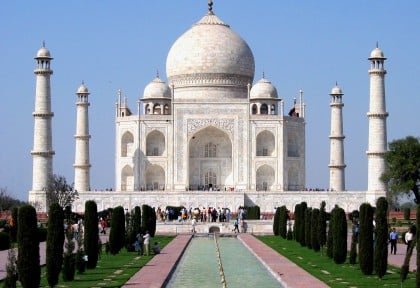 Molina and Yadu share their memories of Uttar Pradesh

The single most thing that stands UP out from other states is that it has one of the Wonders of the World, the Taj Mahal, that mesmerizes you with its sheer architectural beauty no matter how many times you visit. The world relates India to the Taj Mahal. Having said that, there are so many other things that are very special, the rich history, the world heritage sites, the leaders who fought for independence including Motilal Nehru, Jawaharlal Nehru, Madan Mohan Malaviya and Gobind Ballabh Pant, the tantalising Awadhi food, the tehzeeb of Lucknow, the Ganges and the Sangam and the beautiful Himalayan mountain ranges. Ruskin Bond has rightly said, “Uttar Pradesh is a world in itself” and I am proud to be from that part of the world.

Uttar Pradesh is the heart of India and the largest state, based on population. It has given the nation the maximum number of Prime Ministers, including the current PM. What can match the beauty of the Taj Mahal in Agra or the Aarti at the Ganges in Varanasi?  Nobody can forget Rani Jhansi or Mangal Pandey, Chitrakoot where Lord Rama lived in exile, Tulsi Das of Ram Charit Manas, Pandit Madan Mohan Malaviya or poet Maithli Sharan Gupta. Our capital, Lucknow, boasts of the inimitable “Pehle Aap, Pehle Aap” andaaz (style), and everyone loves our Banarsi sarees and our chikan kurtas. I am proud of India and all its states, and I am proud of Uttar Pradesh. Happy Indian Independence Day!