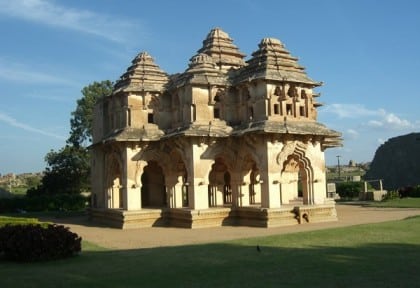 Nikita and Dr Jagadish share their memories of Karnataka

My state is filled with rich history as well as beauty, and has many indescribable sights to see. Romance, war, peace and development have all brought Karnataka to where it is today.
Did you know, Rani Chennamma, the first woman to fight for her country against the British Empire, was born in Karnataka. The valiant Queen defended her fort and her people for 12 days in 1824 before traitors within her walls caused her defeat.
Karnataka to me is a beautiful state with something new happening all the time. But for me, its history will remain its charm.

Kannada literature has always been world class. It has been inspirational and instrumental in social changes.
Basavanna and his contemporaries in the 12th century fought for social justice, the eradication of caste system and gender equality. They composed beautiful short verses called vachanas to educate and inspire the masses.
In the 15th century, Dasa Sahitya, songs of devotion were composed by Purandara Dasa and Kanaka Dasa.
The fertile and vast nature of contemporary Kannada literature is reflected in the highest number of Kannada Gnanapeetha awardees. Da.Ra. Bendre, a passionate, romantic poet who evolved into mysticism, and Kuvempu, the scholar, academician stand tall among them.