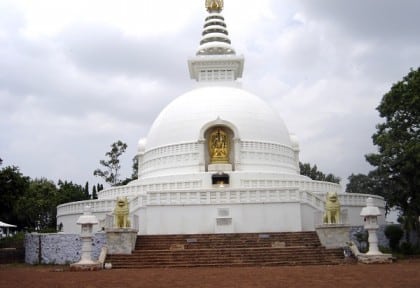 I love Bihar for its lively people, abundant sun, holy rivers and beautiful temples. I loved going to the banks of Ganga River with my aunt and mum on ‘Chhath Puja’, the only festival in the world which worships the setting Sun. I still enjoy the simple yet delicious food that Bihar dishes out like litti-chokha. I remember going to visit extended family on Holi and other festival evenings, to the Hanuman temple at Patna station and to the beautiful Jain temples. Bihar brings back memories of my beloved grandmother (Nani) taking me on sorties to the banks of the holy River Ganges for the morning artis and evening chants of Gayatri Mantras.

Did you know Bihar is home to some of India’s most eminent spiritual personalities? Gautam Buddha attained enlightenment in Bodh Gaya, and Emperor Ashoka who helped take Buddhism to the world, was born here. The last Tirthankara of Jainism, Vardhamana Mahavira, was born here in Vaishali; and Guru Gobind Singh, the tenth Sikh Guru was born in Patna.
Nalanda University, perhaps the oldest university in the world, began here as a seminary.
At the same time, Bihar is known for its great kings of yore, such as Chandragupta Maurya, and in modern times for its illustrious sons of the arts and literature, such as Bismillah Khan and Ramdhari Singh Dinkar.
Bihar also played a significant role in India’s Independence, the Battle of Buxar and the Champaran Satyagraha being great starting points for a mass movement against the British.