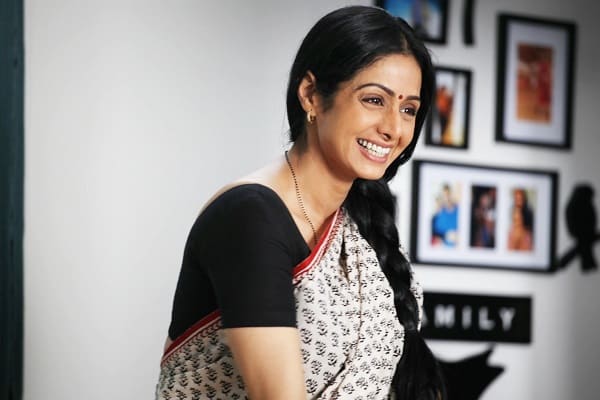 Mr India: The title should really have been Miss India because Sridevi was the backbone of the film. This film had it all – her flair for comedy (with a special mention to the Charlie chaplin sequence), her sensuous grooves in the song Kaate Nahi Katate to her exotic act as Hawaa Hawai.

Lamhe: A film ahead of its time. Sridevi aced her performance in a dual role as a mother and daughter. The daughter falls in love with the man who loved her mother but his love was never reciprocated. Sridevi handled the nuances of this very complex characterisation brilliantly.

English Vinglish: Watching Sridevi in the film was like sneaking into the life of one of the many thousands of middle-aged Indian women, wives and mothers draped in five metres of vulnerability and identity diffusion. Sridevi nailed it.

Virushka reception: Dressed in a unique pashmina velvet saree with regal zari tilla embroidery from Kashmir, she looked like a true empress!

Mom premiere: She nailed the look in an embroiled jacket style Anarkali suit by Rohit Bal for the premiere of Mom in Russia in 2017.

Moondru Mudichu: Tamil movie where Sridevi, only 13, played the role of a widow

Kshana Kshanam: Telugu movie for which she bagged the Best Actress Filmfare Award

Meendum Kokila: Tamil movie for which she bagged the Best Actress Filmfare Award