US-based Indian-origin writer Sohaila Abdulali talks about personal experience, her research and her professional experience at a rape crisis centre. 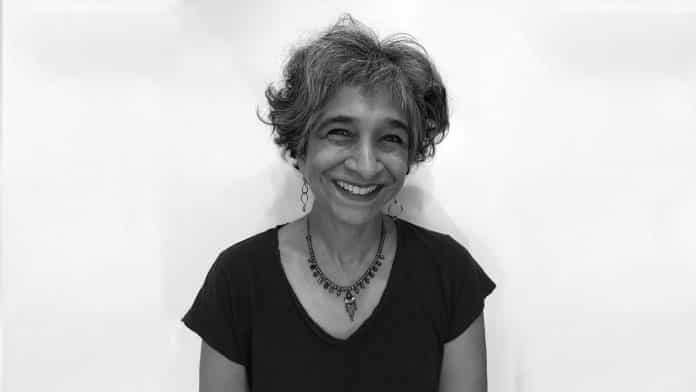 Reading Time: 3 minutesWe need to talk about rape. Or rather, what rape is, and what it is not. This is what struck me most, listening to Sohaila Abdulali speak at Melbourne’s Wheeler Centre about her new book, What We Talk About When We Talk About Rape – what she called her “manifesto for living”. Abdulali was confident, humorous, and strident as she spoke about rape, as a survivor, as someone who has gone on to have a “great life”, and as someone who also decided she still had more to say, some 30 years later.
I walked away from her with the most unexpected feeling: lightness.

Because what we normally do is circle rape, warily. We treat it like a rare, poisonous flower. We treat it like a spectre. We treat it like shame so intense it should kill you. We treat it like Lord Voldemort: He Who Must Not Be Named.
Abdulali, instead, got right up in rape’s face, and said ‘I know you, I know what you are.’
So, ladies and gentleman – well, mostly gentleman, let’s be honest – let me tell you a few things about rape…
Rape is not sex, but we have to talk about sex when we talk about rape
Why do those who have been raped so often feel shame at being raped, something that can’t really be said of any other crime?

“I think it’s partly…the confusion of rape and sex,” Abdulali said. “As people and society we have a lot of shame about sex.” As a sexual act, then, rape makes us “ashamed and weirded out and uncomfortable.”

So, sex education is absolutely key. “If we’re teaching sex education or sex ethics to boys and girls in such a way that they come to regard sex as something men can take, and men can enjoy, and women, it’s really for them to just put up with … then we’re really encouraging rape.”
Rape is a choice, not a character trait
There’s a short, clear answer to the question of ‘what causes rape’ and Abdulali gave it unapologetically: “Men!”
And it’s completely, undeniably true – it’s almost always men who are the perpetrators of rape. But no, it’s not a ‘certain type’ of man, as so many of us would like to believe.
Because the terrifying, sobering fact is that men who rape aren’t the ogres from fairy tales, or the monsters under the bed. They are as human as you or I. They make a choice. As Abdulali quipped in response to those who worry about the demonisation of ‘poor innocent men’ through movements like #MeToo: “I don’t know where these innocent men are!”
“Who are these men? They’re regular guys, they’re regular husbands and fathers,” she said. “I wish I could say, ‘these men are different’. I think it’s a potential in everyone, a choice everyone could make. And many don’t.”
Rape is like any other crime and yet it’s not
Rape is complicated. “It’s a crime like any other crime, and yet it’s not; it’s unique – every crime is unique,” Abdulali mused. “Rape is not more unique than other unique crimes.”
The difference is that rape is forcibly entangled with so many other things: “It’s so tied up in our minds with honour and shame and blah and sex and being spoilt,” Abdulali said. It’s also, as she pointed out, “the one crime that we judge according to how the victim reacts.”
Rape shouldn’t be put in a separate box to other traumatic physical crimes. “By bringing it into the realm of terrible traumas like other terrible traumas you’re not diminishing it or say it’s less; you’re just saying, it’s as manageable or not as other things.”
To stop rape, you need to dismantle patriarchy
Rape is entrenched in behaviours and attitudes: it’s not outside society, it’s right in the thick of it.
“What are we talking about, with rape?” Abdulali asked. “We’re talking about an entire culture of a way that men treat women, and then we all treat each other.”
Rape will continue as long as we are, as she so nicely put it, “mesmerised by patriarchy.”
“You could go out and be marching in the streets and demonstrating against rape, but if you come in and you give your son the first helping, it’s cancelling everything you’ve done.”