We Are Sikhs: Sikh TV campaign in US increases positive view of community 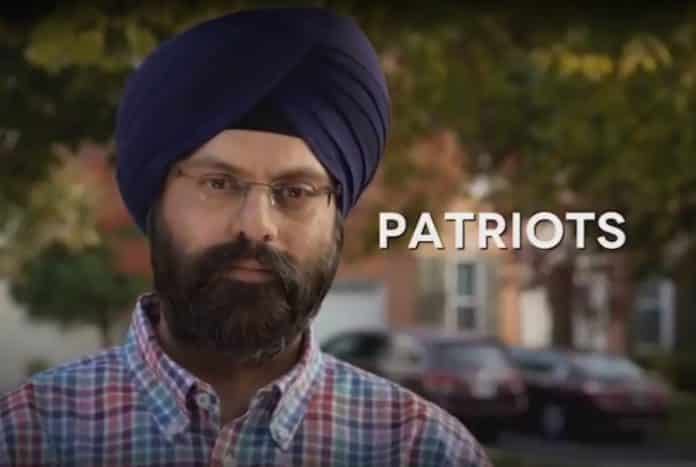 Sikh campaigners who ran a $1.5 million TV campaign have said that it helped in increasing Americans’ understanding of the community even though the US is in a period of rising communal tensions.
The National Sikh Campaign (NSC), which launched the We Are Sikhs campaign on Baisakhi Day in April, said that a survey conducted in mid-July in Fresno, California, showed that 78 per cent of those who had seen the TV commercials said they know something about Sikhism, against only 40 per cent of those had no exposure to the community.
Overall now, “59 per cent of Fresno residents – a clear majority – say they know at least something about Sikhs who live in America”, the survey said, adding “68 per cent saw Sikhs as good neighbours and 64 per cent saw Sikhs as generous and kind”.
Fresno has the highest concentration of Sikhs in the US.
According to American stereotypes, people with beards and turbans are associated with terrorism or involving in hostile against the US, and as a result Sikhs, who wear these as religious symbols, have been subjected to attacks and harassment.
It started with the Iran crisis in 1979 and intensified after the September 2001 terror attacks and continued through the presidency of Barack Obama when six Sikhs were massacred inside a temple in Wisconsin state in 2012.

NSC co-founder Rajwant Singh said, “We have seen an unprecedented polarisation in American politics and societal division and this story is positive.”
“What it says is a wonderful thing about America: that once you create a platform through which you create understanding for each other, no matter what your felling is, how you feel about certain issues, there is a core of America that is positive, that is good.”
The ads showed Sikhs as American neighbours going about their daily lives, professing patriotism and national values – but also a sharing a love for the TV series Game of Thrones and the children’s show Sponge Bob Square Pants.
The survey showed that Democrats, Republicans, Independents, Evangelical Christians, non-college educated whites, college graduates, all shifted 20 to 25 points towards “positive feelings, towards the Sikh community” as a result of the campaign, Singh said.
Geoff Garin, the president of Hart Research Associates, which conducted the poll, said: “This effort is a testament to the Sikh community’s commitment to reaching out to people of all faiths to help them recognise that we all have shared values, and that is a ray of hope that proves that understanding can bring people of all walks of life together.”

Hart Research had worked in former Secretary of State Hillary Clinton’s presidential campaign last year and was hired by the NSC to conduct focus groups that shaped its publicity programme.
To make the effort bi-partisan, NSC hired more conservative and Republican-leaning strategies and marketing company that had worked in former President George W. Bush’s campaigns to market the ads.
The campaign took an original approach with a positive spin presenting Sikhs as integral members of the American society and their contributions towards it, whether in politics or popular culture, rather than focusing on discrimination and hate crimes.