40 Under 40 Most Influential Asian-Australians 2019 (Education) 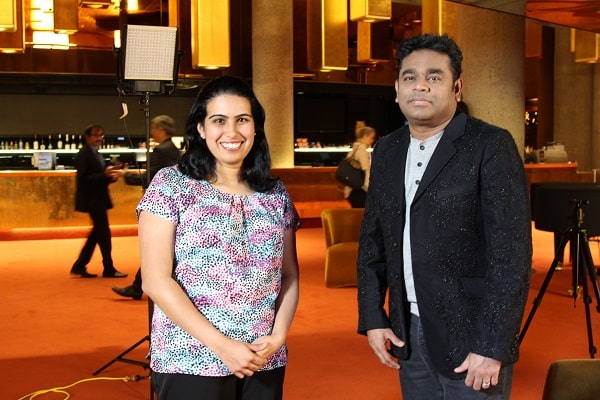 In an era of heightened concern about diversity, Shivali Nayak, listed in this year’s 40 Under 40 Most influential Asian-Australians, has experienced the double whammy of bias based on her ethnicity as well as gender.

Despite her encounter with both the glass and bamboo ceiling in Australia, she feels there has been a shift in mindset, raising some cause for optimism.

Odds were stacked against Shivali when she arrived in Australia six years ago. She came with ‘a lot of Asian experience’ working as a business journalist covering the Asia Pacific region for an American network that broadcast nationally in Singapore.

The dots, however, were not connecting for her the way she had imagined.

“I was shocked at how insular everything was here,” said Shivali, sharing her story with Indian Link. “Only the Australian experience was really valued and I appreciated that but I couldn’t understand why my Asian experience wasn’t valued at all.”

“At that time I felt that I faced severe discrimination because I was an Indian woman trying to make it in the media. I was pregnant with my first child, I wasn’t known to anybody, and I had no established role. I found people were shutting doors on me and patronising me by saying things like ‘Why don’t you just live off your husband’ or ‘Why don’t you just look after the baby?’” she declared heatedly.

Her luck changed when she met Deborah Steele, former ABC News Executive and head of ABC’s Asia Pacific News centre. “Deborah was very future focused and recognized my Asian experience. She is passionate about Asia and recognises that migrant professionals bring much more than just basic skills” explained Shivali.

“Wherever I am today, I owe it to her,” she added gratefully.

Currently, as the Senior Content Producer for ABC Education, Shivali Nayak has her own distinctly creative voice, she is challenging stereotypes and is busy imagining a future not limited by gender or ethnicity.

Born in Bangalore, Shivali moved to Singapore with her parents when she was 3 years old. She moved to Melbourne as a married woman and began working with ABC, first in Digital News and then for ABC International, now ABC Education. She currently builds digital content for schools and English language learning for the CALD communities and audiences in Australia and Asia Pacific.

Shivali agrees there are many stereotypes faced by migrant communities – some true, some assumptions. Traits associated with leadership and work ethics may also differ between cultures; however, her suggestion is to meet halfway and to find common ground. According to her this will happen when current leadership of organisations can see the value of the migrant experience and welcome migrant professionals.

She was clearly excited to participate in the two-day leadership summit, recently organised by Asialink in collaboration with Price Waterhouse Cooper (PWC), Melbourne University and Australian National University (ANU), to drive the Asian Australian engagement.

“It was great to understand the kind of talent that is out there and to recognise and share their achievements,” said Shivali on her inclusion in the inaugural 40 Under 40 Most Influential Asian-Australians list.

“Personally, it gave me the opportunity to reflect on my own journey and be part of a conversation that has started at a national level. Elevating the issue of under representation of Asian-Australians in senior leadership positions has created a momentum for change and I am so glad to be part of that exercise,” said Shivali in conclusion.