Shashi Tharoor: Humour is a big risk in political world 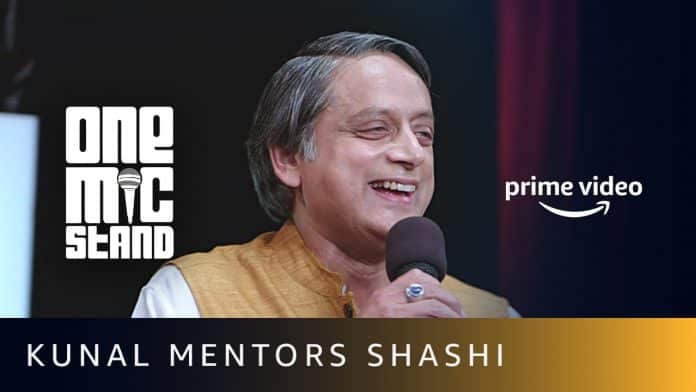 Congress MP Shashi Tharoor is giving comedy a shot for the first time, and says embracing stand-up comedy has been an overwhelming experience.

Tharoor made his debut in the world of humour with “One Mic Stand”, which brings celebrities from diverse backgrounds and help them perform stand-up comedy for the very first time with one established comedian.

“I’m quite excited to be an integral part of this unique stand-up comedy series on Amazon Prime Video. Needless to say, it’s been an overwhelming experience for me to embrace stand-up comedy for the first time ever,” Tharoor said.

“At times, we do crack a joke or two in the political fraternity, though humour is always a big risk in the political world. However, this live comedy act in particular is fun and rewarding in itself. It feels like being a driver who takes his audience on a laughter journey whilst steering an unfamiliar bus all on his own,” added the former diplomat, who has been a successful author with great English vocabulary.

“One Mic Stand”, a five episode series, is created and hosted by Sapan Verma in collaboration with Only Much Louder. The show went live on Amazon Prime Video on November 15.

“Great to wear this maiden hat of a stand-Up comedian. Kudos to Kunal Kamra, my mentor on the show and Sapan for making it happen,” Tharoor said.