From sharaab to shiraz: A study on the evolution of the desi drinker

Channelling his inner David Attenborough, the author offers a humourous look at the subtle evolution of Indian-origin Australians' drinking habits. 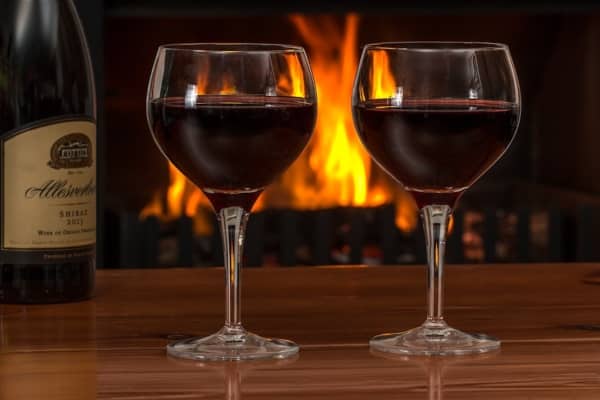 In the hallowed columns of your favourite Indian newspaper, I am now going to reveal the results of some very serious research I have been conducting for years. While I have submitted the scientific report to various journals of social anthropology, I choose to divulge the results first to you, my fellow Indian-Australians.
The said research is based on the drinking habits of Indian-origin Australians, and is a longitudinal study tracing the evolution of the desi drinker.
It takes years to reach the comfortable, well-settled (read alcohol-savvy) levels of assimilation in an alien environment, but the desi specimen does get there eventually.

At the very beginning, the male of the Indian-Australian species upon landing in this great southern land (can you feel the David Attenborough tone here), is keen to try out the Australian beer, of which he has heard so much. After all, while America is the land of milk and honey, Australia is the land of beer and … er, more beer. So Carlton, VB and the like are all dutifully tried out, in an initiation ceremony if you will. Comparisons are made with Kingfishers and other Indian brands, and detailed comparative analyses are conducted such as about relative bitterness, the can vs the bottle issue, etc. Meanwhile, new indices of evaluation, such as ‘head’, are learned and put to use (sometimes only to impress).
On rare occasions in the new migrant experience, when the urge for a harder brew is greater, then rum is the preferred choice, with the desi go-to Old Monk being evaluated as more favourable than the Bundy available here. Scotch, if ever, will only be from Mr Walker’s distillery.
The female of the species (brought out here from her native lands as a bride), evolves fairly quickly. The fewer restrictions, and the sudden exposure to freedom, are causative factors in the launch of this steep learning curve. White wine is the preferred beverage, consumed daintily as her partner watches over her indulgently. Usually fairly intelligent and always quick to adapt, the move to the next level – gin and tonic, though with some vodka experimentation along the way – comes quickly.
The male meanwhile is entering phase two himself, where the preferred drink is whisky. Not being racially discriminative, Black Label of the Mr Walker variety is the usual choice, or else Chivas Regal. However, the cardinal sin of mixing plenty of water/soda with 12-15 year matured whisky is a definite indicator of still being a new arrival here.
It is not until the next stage of development that the Indian-Australian becomes aware that diluting high-quality scotch is a definite no-no. Sure, an ice cube or a spoon of water (warm at best) is fine, just like the Scotsman likes it. And he should know, just as the Indian knows that rice and sambhar are best eaten with the fingers.
The female of the species is now happily experimenting with Baileys, after having favourably tried out red wine in its many forms. She has also been devouring any information she can get her hands on regarding the finer qualities of wine appreciation, and can sometimes teach her partner a thing or two herself – such as when and how to decant wine for a more flavoursome experience. For his part, he listens adoringly and tells her she’s very clever, but not that he already knew everything she’s just told him (he learnt of them from Aussie mates at work).

The final stage of maturity is eventually reached when the male of the species has evolved to the wine club. Whereas wine tasted like vinegar in the early days, now the subtlety of the drink is starting to dawn on our friend. Soon, there are full-scale discussions on the softer taste of Pinot Noir compared to the fuller feel of the Cabernet Sauvignon. Trips to the wine-growing regions have no doubt helped, and the hoarding of bottles has begun. By this time, the weekend parties usually kick off with beer, followed by a quick nip of Glenfiddich and then, on to the wine – a good quality tipple, of course.
While attending the weekend get-together, our subject enjoys elegant cocktails from the well-stocked bar of his equally evolved host, researched and prepared with much care with his own (spirit-aware) partner.
The female of the species now chooses gin and tonic to start off with, knows which wine will enhance the flavours of the main course, and politely picks for an expensive sticky to go with her MasterChef-inspired dessert.
Dinner-time conversation among desi and Aussie friends is all about which wine-fridge to buy, while the ultimate aim, everyone agrees, is to buy the home with the inbuilt wine cellar…
Thankfully, the offspring are now old enough to drive the parents home.