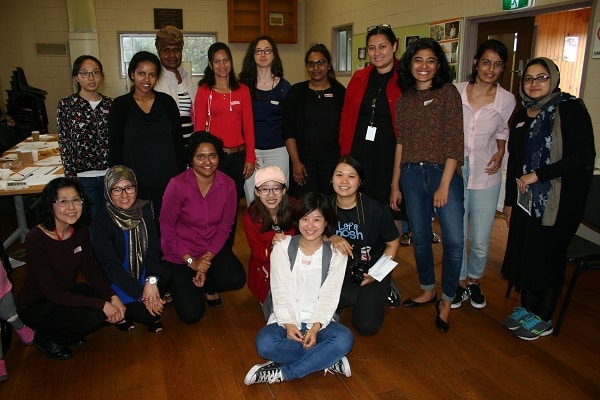 Reading Time: 3 minutesShe sat and fiddled nervously with the notebook and pencil placed in front of her, her eyes filled with sadness. She managed a weak smile when I sat next to her and agreed to speak to me under condition of anonymity. Often, during the session, she came close to bursting into tears.
She was from India and things were not going well for her here, in the world’s most liveable city.

Trapped in an abusive relationship, she was struggling with immigrations laws, language barriers, social isolation and a lack of financial resources.
Another woman from Ethiopia had a similar story.
She was a single parent of three children, separated from an abusive partner and facing a unique challenge. She had graduated from a local education institute but had no working rights. She had approached many local organisations but had found little or no help due to her visa status.
She lived in fear of being deported or losing custody of her children.
The two were among the attendees of the Living in Australia workshop for migrant and refugee women, conducted by Shakti Migrant and Refugee Women’s Support Group Melbourne Inc recently.
The 2016 Victorian Royal Commission into Family Violence found women with diverse backgrounds are among the groups with a greater risk of family violence and more likely to face barriers to obtaining help. Social isolation, fear of deportation and language barriers are some of the key issues identified by frontline service providers.
Domestic violence within migrant and refugee communities can be misunderstood by the wider society and there is a need to understand the subtleties of each culture in order to work, engage, respond and prevent oppression of women in certain societies.
This is where community organisation Shakti comes in.
Shakti provides culturally competent support services to women, children and families of Asian, African and Middle Eastern origin. Led by ethnic women for ethnic women, Shakti considers itself as catalyst for social change with emphasis on advocacy against all forms of gender-based violence and cultural oppression.
The Melbourne arm of this group was created in October 2011. A similar group was also formed in NSW following the formation of a steering group led by local women, and the founding members and senior members of Shakti New Zealand.
According to Shakti caseworker Fahima Begum, they are currently handling 5-8 clients each week. They have four ongoing empowerment projects for women such as Bridge the Gap and Empowerment Over Coffee.
Recently, Shakti also set up a youth steering committee to work with young people in the community. It will run sessions with the aim of creating awareness among young people to stand against any form of violence in the society and encourage CALD youth leadership.
Farida Sultana, founder of Shakti New Zealand, was present at their recently held workshop and annual general meeting. Farida has considerable experience in assisting community members and helping migrants settle in New Zealand.
In Australia, recent legislation has opened new and safe routes to immigration status for some immigrant women who are victims of domestic violence. However, abuse is still a significant problem for immigrant women, as it is for all women in Australia.
“I find that many current policies and systems tend to group domestic violence under one broad umbrella rather than breaking it down into different cultures or ethnicities,” said Farida, explaining Shakti’s community-specific role.
“Issues like forced marriages, dowry, honour killings and other culturally sanctioned practices can compound the vulnerabilities of CALD women. This can lead to underreporting and misrepresentation or both,” continued Farida.
“Shakti’s volunteers and workers belong to these three communities and they are in a good position to provide culturally appropriate understanding, response and prevention,” she said.
Sulochana Colombage (Sulo), the local coordinator of Shakti Melbourne, said there was need to increase community capacity and leadership to provide response to violence and enhance family relationships. She requested more volunteers to come forward from the Asian, African and Middle Eastern communities to help Shakti in its delivery of advocacy and support.