Old, staid organisations must give way to newer and more relevant organisations that can add another dimension to the Indian-Australian community 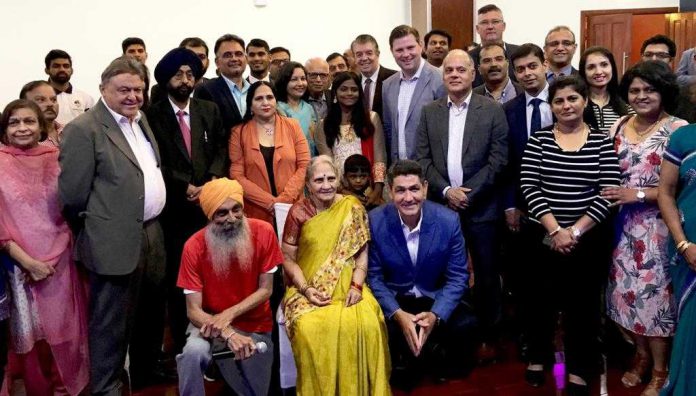 Reading Time: 2 minutesIn the last days of the recent NSW elections, internal polling of the Coalition indicated that the results could be very close, this being before the infamous ‘Asians with PhDs’ comment by the Opposition leader Michael Daley.
At that time, there was the unthinkable chance of the Coalition actually being turfed out of government. All stops were being pulled to bring in more votes and with the NSW Treasury flush with money, it was time to play Santa. Former Multicultural Minister Ray Williams filled that role wonderfully for the Indian-Australian community as he came visiting with a sackful of money.


Of most interest to the community was the promise of $900,000 available in funds over a four-year period to help the community organise its various festivals, should the Coalition win government. The community zeal of our various organisations was now reignited. These festivals are not only an important part of keeping the traditional Indian customs alive in a new country, they also serve to keep the communal bonds strong. Besides, they also offer a great opportunity to be photographed with powers that be.
The Coalition not only won the polls but did so convincingly.

And so in recent days, the conga line of various Indian community groups is building up outside the doors of the relevant ministers and organisations.
While there will be some wonderful projects which may find oxygen with this extra cash flow, it is also an opportunity to forensically examine those which come looking for funds. Over the years, as the Indian diaspora has grown in NSW, so have the groups which lead them. Unfortunately though, there are some organisations which have become stale and stagnant. As just alter egos of their founders, their contribution to the social growth of the Indian diaspora in NSW is limited to organising melas or dinners where the leaders get a chance to be photographed with politicians. There is limited desire to give back to the rapidly growing community in areas where it needs guidance – such as advice to new migrants; a social service to help young migrants, especially women, to settle in the new country; education on rights and responsibilities; domestic violence challenges, and tackling elderly abuse in the community.
Organisations which apply for grants should be screened for their record on social impact projects. Those responsible for distributing tax payers’ monies for the community festivals need to ensure that these organisations are properly registered, have current audited accounts and follow the right code of conduct expected from similar community organisations.
It is only through the correct screening process can one expect the deserving group to benefit from the funding available. It will also be a wonderful opportunity to encourage new groups to partake in this funding – youth groups in universities, or those who may like to organise a festival of theatre or short films made by Indian-origin film-makers and/or actors. Bigger organisations who have well-established structures for conducting melas have the formula in place – now could be the time to fund exciting new projects which can add another dimension to the Indian-Australian community.
The NSW Multicultural minister and his team at Multicultural NSW can help strengthen the community at many levels with this initiative.