Seeking an Australia of colour

The impact of on-screen diversity on real life harmony 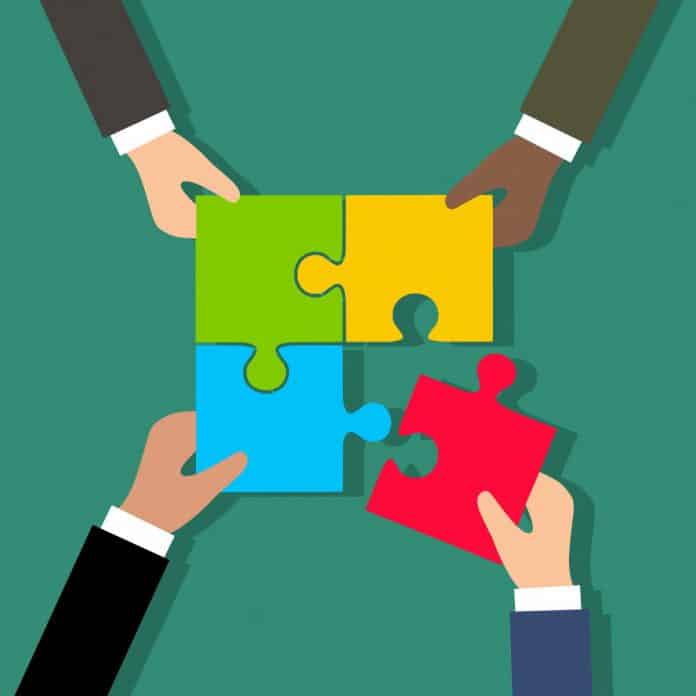 Reading Time: 6 minutesAsk “Does Australia have a race problem?” and you will almost instantly receive a throng of responses as varied in their opinion as they are large in quantity. It’s an issue that almost everyone has a take on, even if no unified stance can be reached. To some (particularly politicians on a campaign trail), Australia is the beacon of multicultural success – a haven in which countless cultures have integrated seamlessly bar a few lone misfits, and to others it is a failed experiment in cultural cohesion propped up by shiny buzzwords which hide bitter truths (see the annual criticism of the Howard government adopting the label Harmony Day for what is globally known as the International Day for the Elimination of Racial Discrimination, for example).

Research commissioned by SBS last year found that “one in five Australians has experienced racism in the last 12 months, according to one of the biggest ever surveys conducted on racism and prejudice in Australia”. The research also shows that 86.8% of Australians believe “It is a good thing for a society to be made up of people from different cultures” even though only 41.4% of the same audience answered in the affirmative when asked “Are there any cultural groups that fit into Australian society?” (UWS 2018).
So, in short, Australia’s relationship with race is: “It’s complicated.”
Ask again, does Australia have a problem with representation of race and culture in its media, and the answer becomes far less complicated.
In her Logie acceptance speech in 2015, Miranda Tapsell urged the industry to “put more beautiful people of colour on TV and connect viewers in ways which transcend race and unite us.” It was a sentiment echoed by Gold Logie winner Waleed Aly in 2016, who explored the significance to the multicultural community, of the recognition afforded him, explaining, “It matters to people like that, that I’m here. I know it’s not because of me. To Dimitri and Mustafa, and everyone else with an unpronounceable name, like, I don’t know, Waleed.” He continued to express that he was “saddened” because this community “deserve(s) more numerous and worthy avatars” than the very limited selection available.
The impact on individuals, of representation in media, has been and continues to be studied broadly. Entire organisations exist to track the progress and current state of representation of minorities in films, television, newsmedia and advertising. Slogans borne from these campaigns, such as “If she can see it, she can be it” from the See Jane project of the Geena Davis Institute on Gender in Media, have become universal catchcries and hashtags.

Screen Australia’s 2016 report Seeing Ourselves: Reflections on Diversity in Australian TV Drama is Australia’s biggest deep dive into the screen diversity issue and “aims to provide useful benchmarks for the industry on questions of diversity.” On the topic of the importance of representation, it highlights television drama as a key component of meaningful representation, stating that “television drama matters in particular because of its capacity to create emotional connections, insight and identity. It reflects our sense of who we are as a society, and who we might be.”
The report also “explores some of the potential barriers that have limited change.” One such barrier to lack of onscreen diversity is a lack of diversity behind the scenes and in board seats. Perhaps unsurprisingly, but nevertheless dishearteningly, the report identifies that “there is a commercial imperative to focus on audience size, and a perception that Australian ‘niche’ audiences are not large enough in themselves to warrant programs produced ‘for’ them.” Whilst the report emphasises the word ‘for’ in commas, the word ‘them’ stands out much more starkly.
Film and television production and profit generation models are based on the outdated notion that people can and will only consume content designed to replicate previously successful endeavours. In an age of abundant global innovation, the media industry, disadvantaged by its culturally homogenous leadership structures, are being left behind. Time magazine states, “We need diverse decision-makers greenlighting and funding content; otherwise, similarity bias leads us to seek out people who share our backgrounds or experiences.” And this, precisely, is what is wrong with the state of Australian television and broader media today. Speaking previously to Indian Link, Lena Nahlous, Executive Director of Diversity Arts Australia reiterated the need for diversity at all levels of storytelling, to ensure we are telling the stories of individuals and not just ‘ethnics’. To do this, she said, “We need to create opportunities and platforms that enable people from non-white backgrounds to have agency in the screen sector, to create artistic and screen work, to be makers, actors and decision-makers.”
Claims that there ‘just aren’t that many’ actors or creatives of colour, or representatives of diverse backgrounds have fallen, are comically untrue – with over 47% of the population born overseas, as well as one in ten Australians identifying as being of a diverse sexual or gender orientation and just under one in five reporting they have a disability (Screen Australia, 2016), there is no shortage of talent coming from the communities, nor can anyone in good conscience call the interests, stories and needs of these communities ‘niche’.
Whilst studies have focussed on the impact of representation on those who are missing it, a greater risk exists and it is now unfurling maliciously through not just Australia, but the greater Western world, through the rise of ‘us vs. them’ far-right ideology.
Without proper representation, minorities remain in the eyes of the greater community one-dimensional beings serving little purpose than to pad out the narratives of Caucasian protagonists, and what begins as strategic decisions based on the commercial viability of actors, transcends into the more sinister reinforcement of a dangerous ideology predicated on the very idea that whiteness is supreme and all other players are simply insignificant fodder or, nefariously, an enemy to be vanquished.
A brief foray into the comments section of any news article reveals that brown people, for example, are not seen as much more than Uber drivers and service station attendants, with best case scenario, doctors and worst case, terrorists and country-destroyers. Apu memes and 7-Eleven jokes are reliably present in the comments of all articles pertaining in some way to brown men, whereas women sometimes get the more creative dowry jokes. What is neither represented nor reflected are the many intersections which the subcontinental (or brown) community represent. Countries which make up the “sub-continent” include not only India, Pakistan, Sri Lanka, Bangladesh and Nepal, but also South Africa, Fiji, Mauritius, and many more. People of Middle Eastern origin are also often conflated with people of South Asian origin in television’s limited lens. The nuance of many cultures represented by similar looking faces, each with its own rich history and specific culture, is completely lacking on Australian screens and, as a result, meaningful representation cannot be unlocked.

Nicholas Brown, an Australian actor of Indian origin who is a host on Australia’s longest running television show Play School, confirms this view. Reflecting on his decades-long experience in the screen industry both in Australia and abroad, he tells us, “I honestly believe that if we had more cross-cultural stories on our screens depicting interracial families, relationships and more cultural fusion, the subliminal message of ‘we are all one’ would be received by one and all. Television is a powerful medium and pop culture stays in our psyche, becoming a memory and reference point for the rest of our lives.”
When asked about the damage already done, and the road to reparation, Brown is optimistic about the power of the arts, claiming, “Onscreen representation of minority groups in the media has the power to re-programme and undo much of Australia’s psyche, which to me in many ways is still stuck in the era of the White Australian Policy.” Brown concludes that “Diversity must be normalised and not just be something that is trendy right now. I hope one day we can all be one big mixed-race family that only fights sometimes at Christmas not because we hate each other but because we care for and love each other.”
In the present climate, intersectional representation of minority and marginalised groups in the community is forsaken in favour of tokenistic inclusion. The interconnected nature of a person’s racial or cultural background, along with their profession or class status, their sexual orientation and their disability status are all lacking, as there is no space to explore the wholeness of diverse characters when their existence is so limited to begin with. Instead, people are relegated to one aspect of their whole selves, and therefore the understanding of people from different cultures remains narrow. Whilst it is not the role of the media industry to curb the threat of rising social violence and discord, it is in part their responsibility due to the profits they earn through providing far-right speakers platforms, but also the power they wield in deciding whose stories get told and how.
There are many interesting people in Australia and just as many stories. Boasting the world’s oldest living culture, it could even be argued that this land and its original inhabitants invented storytelling, so if leaving out the stories of the descendants of those communities is the “best business decision”, then we need to rethink the whole structure. We are people from all over the world, each with our own trials, tribulations and successes. We are all humans worthy of representation, and at a time when representation onscreen correlates directly with our safety in the real world, our stories aren’t just interesting or viable, they’re absolutely essential.