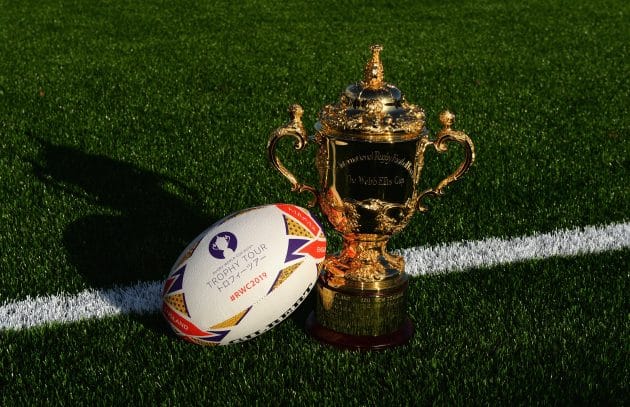 The ongoing Rugby World Cup in Japan seems set for an exciting climax as the top four teams prepare for captivating semi-finals to be played over the weekend (26th October ’19). The organizers said they were satisfied with how the ninth Rugby World Cup had progressed, despite having to cancel three matches over one of the weekends due to the devastating Hagibis typhoon in Japan.

The tournament has been drawing large audiences and more than 1.8 million tickets have been sold, while the match between Japan and Scotland was followed live by around 50 million fans.

The quarter-finals would end in Tokyo with a clash between Japan and South Africa, a two-time champion (1995, 2007). South Africa has beaten the home team to advance to the Semi-finals.

Semi-finals will pan across the coming weekend on 26th and 27th October 19 between England Vs. New Zealand and Wales Vs. South Africa respectively.

As anticipations are high and divided, the question is who will win the 2019, Rugby World Cup?

After beating hosts Japan 26-3, South Africa will take the clash to Wales. The Springboks thus inched closer to clinching their third World Cup title following victories in 2007 and 1995.

South Africa’s Makazole Mapimpi scored his team’s first try in the fourth minute to give his team a 5-0 lead. South Africa lost Tendai Mtawarira for 10 minutes after he was yellow-carded for a reckless tackle on his opposite number Keita Inagaki.

Japan then closed the gap to 3-5 following a penalty conversion by Yu Tamura, as the first half ended with the hosts enjoying 68 per cent possession.

However, South Africa kept scoring in the second half with tries from Faf de Klerk in the 66th minute and Mapimpi in the 70th and a successful conversion from Pollard.

South Africa will now square off against Wales at the Yokohama International Stadium on October 27. Earlier, Wales defeated France 20-19 for a place in the last four stage.

Coach of Australia’s national rugby union team, Michael Cheika, has announced that he will leave the position at the end of the year following a disappointing quarter-final loss at the World Cup in Japan.

Cheika announced on Sunday night that he will be leaving the Wallabies after five years as coach, the day after his side was thrashed 40-16 in a much-hyped make-or-break game against historical rival England, reports Xinhua news agency.

Previously Cheika had said that he would leave the position if Australia failed to win this year’s World Cup.

“I’m the type of man who is always going to back what he says and I knew from the final whistle but I just wanted to give it that little bit time to cool down, talk to my people and then make it clear,” he told reporters in Japan.

With his current contract finishing at the end of the year, Cheika said that he will not be seeking to renew his tenure as coach.

Despite reaching the World Cup final in his very first year as coach back in 2015, the team’s performance under Cheika has steadily declined, leading some to criticize his leadership.

Overall, from 68 games in charge, Cheika walks away with a record of 34 wins, 32 losses and two draws.

In an open letter to fans, Rugby Australia chief executive Raelene Castle thanked Cheika for his “dedication and service” to the game, and said that the search for a new coach is already underway.