For service to the law, particularly through the Magistrates’ Court of Victoria 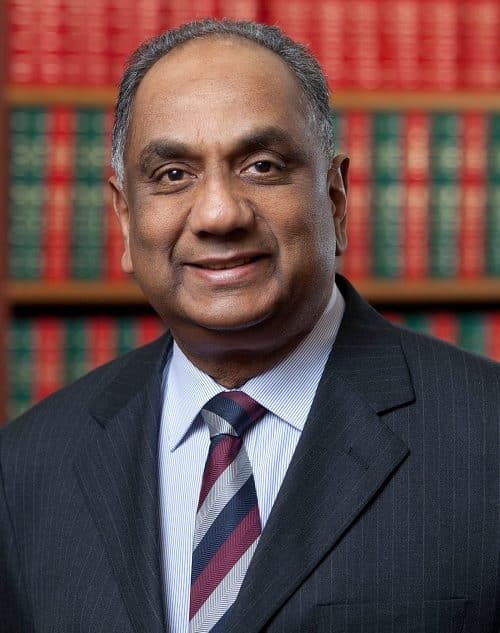 Reading Time: 2 minutesJustice without fear or favour has reaped its rewards for Magistrate Bob (Robert Krishnan Ashok) Kumar, recipient of the Medal (OAM) Of The Order Of Australia. He received the award on Australia Day this year for service to the law, particularly through the Magistrates’ Court of Victoria.

Born in Fiji and educated in London, Magistrate Kumar calls Australia home and considers himself very fortunate to have been appointed as a judicial officer in the Magistrates’ Court of Victoria.
“I think I might have been the first person from an Asian background to be appointed as a judicial officer. The opportunities given to me were amazing. Ever since I was appointed to the bench in 1986, I have never looked back,” said the septuagenarian.
In 1992, Kumar was appointed as the Regional Co-ordinating Magistrate for the Hume region and then as a Deputy Chief Magistrate in 2012. In 2015, he announced his retirement but continues to serve as a reserve magistrate for the Broadmeadows Magistrates’ court.
Prior to joining the bench, he was a senior officer in the criminal law division of Victoria Legal Aid. During his 32-year career, he has helped the community and court through initiating and implementing systems like the contest mentions and the Criminal Diversion Program.
A contest mention hearing is where all parties and the magistrate try to decide whether a case can be resolved by finding common ground. This is the hearing before the matter proceeds to a summary hearing.
In 1993, a pilot program was started under the direction of Magistrate Kumar with the aim to reduce the number of cases originally listed as pleas of not guilty that turned to guilty in court.
The contest mention system helped identify the plea at an early stage and reduce the number of adjournments. It also reduced delays in the court system; reduced instances of witness time being unnecessarily wasted and generally assisted case flow management.
Magistrate Kumar also initiated the Criminal Diversion Program that was piloted at Broadmeadows Magistrates’ court. It provides mainly first time offenders with the opportunity to avoid a criminal record by undertaking conditions that benefit the offender, victim and the community as a whole.
“If you are willing to work hard, there are no limits to what you can achieve,” said the Magistrate who is grateful to the Magistrates’ court and the Magistrates for the opportunities provided to him.
He credits Attorney General Jim Kennan and former Chief Justice John Phillips for their faith in his abilities and success. Magistrate Kumar is looking forward to officially receiving the medal (OAM) at a ceremony that is scheduled in April this year
According to Magistrate Kumar, people from a non-European background are currently well represented in the Victorian courts. He is optimistic that there will continue to be further representation from all ethnic communities in the legal sectors of Australia.