“India is our motherland and we are connected by blood. It is our duty to speak up,” Roanna Gonsalves tells RAJNI ANAND LUTHRA 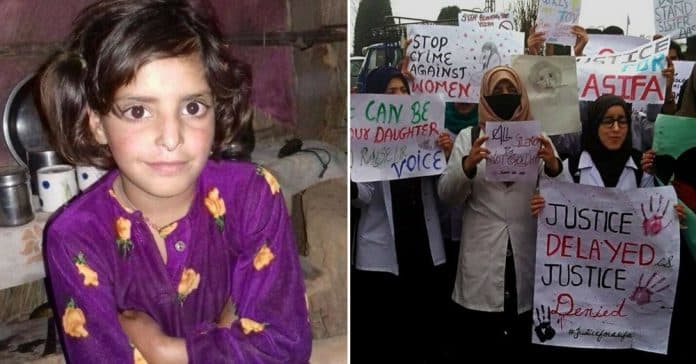 Reading Time: 3 minutesThe call for justice that has roared in India against the repeated rape and murder of eight-year-old child Asifa Banu in the country has been echoed here in Australia this week.
A group of 102 academics, writers, musicians and performing artists have voiced their protest against the terrible incident – and the Indian government’s slow response to it – in letters submitted to the Indian Consulates in Sydney and Melbourne.
Writer and academic Roanna Gonsalves, who was one of the signatories, told Indian Link, “You might think that it’s easy for us to live outside of India and make a casual comment now and then about affairs there. But we are connected by blood. India is our motherland and it is our duty to speak up.”


In the letter that was hand-delivered to Consulate Generals of India in Sydney and Melbourne on Monday, April 23, 2018, they state, “As concerned citizens of Australia and India, we are deeply invested in the ongoing health of our democracies, the growing bilateral relationship between the two nations, and in drawing attention to and addressing the damage being done to both under the current Indian government.”
Calling for ‘Zero Tolerance After Asifa’, they demanded “immediate action in providing justice to Asifa and all other victims of sexual violence, to provide support and compensation to their families, and to restore the faith of citizens and the international community in Indian democracy by bringing the perpetrators to justice immediately.”
Talking about how the idea came about, Gonsalves said, “It came from a place of sorrow and love for our motherland. We are shocked and saddened at the ongoing offences, particularly against minority communities.”
“It all started from general conversations. The topic kept coming up. We didn’t want an online petition like Change.org but something more direct to register our protest, as well as our condolences, sorrow and outrage. The cover-up was shocking: the incident happened in January and came to light only in April.”
Gonsalves added, “It is because of other people who spoke up in the past that we have the freedom to do so ourselves today. We’ve benefitted from other people’s activism, and now, it’s our turn to contribute.”
That the letter might be misconstrued as a step “against Modi” has crossed Gonsalves’ mind. “Of course, it’s a huge risk; anti-Modi views are not taken lightly and many journalists are being silenced for voicing their opinions. But we have no connection with party politics, we are part of a growing number of people who are becoming concerned about the disturbing trends in India.”
Perhaps it’s this growing concern and furore that has resulted in an ordinance passed by India’s cabinet last week, according to which offenders who rape girls under 12 may now be subject to death penalty. But Gonsalves remains unconvinced of the efficacy of the move, saying that India has a great law and order system in place, but the issue is with enforcement of law.
“Death penalty makes for a great headline, but it will lead to more murders. Until now, women and children were being raped, now they’ll be raped and murdered. Who’s going to let the child live to be able to speak up? The death penalty was a kneejerk populist reaction, and it will not be a deterrent to crime. Education is the only solution,” she said.
Gonsalves is a well-known literary figure is Sydney, having arrived on the scene with her first book of short stories The Permanent Resident, that was only weeks ago shortlisted for the NSW Premier’s Literary Awards.
This isn’t the first time the writer has taken up activism. Back in 2015, she had gathered along with members of the creative fraternity in India under the auspices of the Kochi-Muziris Biennale 2014 umbrella to also express their solidarity with persecuted Tamil novelist Perumal Murugan.
Gonsalves may be right about education being the only solution, but it’s one that will take years to implement. For now, it’s clear that the Indian diaspora has become more vocal about Indian issues and they are demanding that authorities sit up and take notice.
Read the full letter here.
- Advertisement -
Share
WhatsApp
Facebook
Twitter
Linkedin
Previous articleLife in your 40s: Are you in a sandwich, yet?
Next articleNew significance to resumed India-China Strategic and Economic Dialogue