The 26-minute film follows girls and women in Hapur in northern India and their experience with the installation of a pad machine in their village. 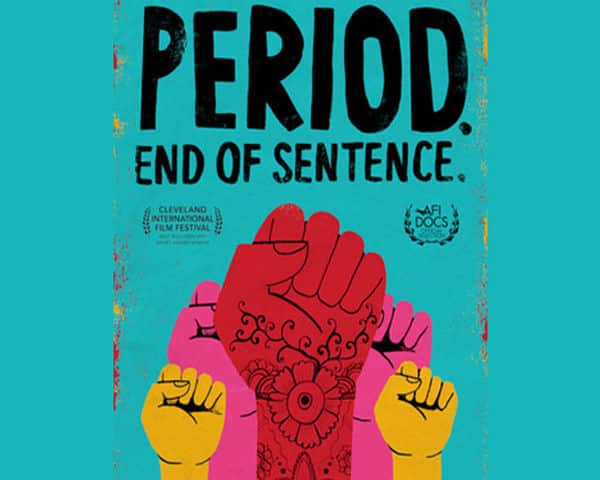 Period. End of Sentence, an India-set film on the taboos around menstruation and featuring the real Pad Man, picked up an Oscar in Documentary Short Subject category at the 91st Academy Awards ceremony.
The film, backed by Indian producer Guneet Monga’s Sikhya Entertainment, is about women in India fighting against the deeply rooted stigma of menstruation and delving upon the work of real life Pad Man Arunachalam Muruganathan.

Directed by award-winning Iranian-American filmmaker Rayka Zehtabchi, the film is created by The Pad Project, an organisation established by an inspired group of students at the Oakwood School in Los Angeles and their teacher, Melissa Berton.
The 26-minute film follows girls and women in Hapur in northern India and their experience with the installation of a pad machine in their village. It was pitted against Black Sheep, End Game, Lifeboat and A Night At The Garden.

We met so many incredible filmmakers during our time @sundancefest, amongst them was film director Rayka Zehtabchi, her documentary short "Period. End of Sentence" is nominated for an Oscar this Sunday. It's an incredible story that has captivated the hearts of many. @TheAcademy pic.twitter.com/MC8a8AKJSH

“I can’t believe a film about menstruation just won an Oscar,” Zehtabchi said as she got up on the stage to accept the honour. Zehtabchi and Berton accepted the award with their inspiring words. “I’m not crying because I’m on my period or anything.”
A Netflix documentary, Period… is executive produced by Guneet Monga and is co-produced by Monga’s Sikhya Entertainment, which has backed films like The Lunchbox and Masaan. The Indian producer even got a huge shout out from the team while accepting the award.

Look who stopped by the #Oscars Thank You Cam, presented by @Cadillac! Best Documentary Short winners for Period. End of Sentence. #KeepRising pic.twitter.com/NssJfSPkI3

“Guneet Monga – know that you have been empowering women all over the world fight for menstrual equality,” Zehtabchi said.
Thrilled after the win, Monga tweeted: “We won! To every girl on this earth… know that you are a goddess… if heavens are listening… look MA we put @sikhya on the map.”
Berton dedicated the award to her school, saying “the project was born because her students in LA and people in India wanted to make a human rights difference”.
“I share this award with the Feminist Majority Foundation, the entire team and cast. I share this with the teachers and students around the worlds – a period should end a sentence, not a girl’s education,” she said.