AM honour for Darwin-based academic and researcher 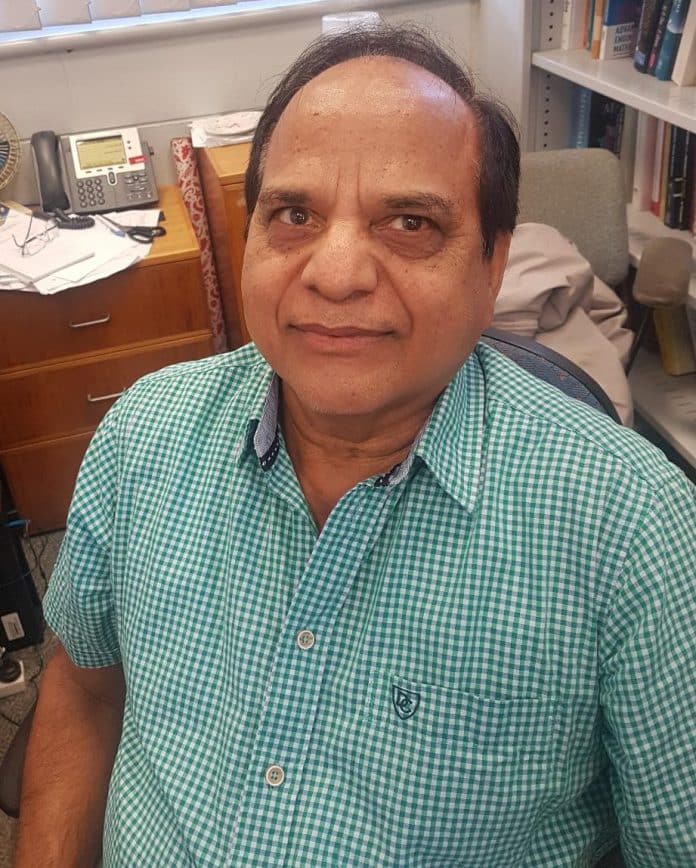 “So far, solar cells have been made from silicon and therefore are quite expensive to produce. The organic cells are cheaper, flexible and lightweight,” he explained, with a simpler fabrication process compared to inorganic ones. However, OSCs have poor power conversion efficiencies, with a current efficiency of around 12% relative to the conventional silicon solar cells, which is 25%.  Another concern with organic materials is stability, as they can decompose under strong light, Prof Singh further indicated.
His focus area therefore has been optimising the performance of OSCs by exploring new materials such as polymer-fullerene and improving cell design.
“It’s all about enabling the OSCs to absorb more light by optimising their layer thicknesses and hence enhancing their power conversion efficiency.”
What people don’t realise is that unlike resources that are extracted from the earth, solar power is not depleted and available all the year round. But we need technology to cost-effectively convert this energy and capitalise on its immense potential, he said.
Professor Singh is also supervising a number of researchers, who are exploring alternatives in this growth area. Both in terms of solar research and usage, Australia has a high uptake and is ahead of its peers, he noted.
Besides research and publications, Professor Singh has collaborations with several global faculties and is the founder/organiser of international conferences including those on excitonic processes in condensed matter as well as optical and optoelectronic properties of materials and applications. He has been president, Northern Territory branch of the Australian Solar Council since 1998.
Originally from Cheoraha, a remote agrarian community in Sultanpur district of Uttar Pradesh, Professor Singh believes that it was motivation, hard work and focus that shaped his professional journey.
“My village had no high school. Back then, I had two choices – either start working on the farm or move to the city,” he reminisced. His maternal uncle’s suggestion to relocate to Lucknow proved to be turning point for the workaholic, who topped every exam thereafter, winning scholarships all the way. Maths and Physics were his forte. Even before Singh completed his doctorate in Theoretical Physics from IIT Delhi, he had research offers that took him to Germany, England and eventually Australia.
After a stint at ANU’s School of Chemistry, he moved to Darwin, which has been home for the last three decades. While Singh believes there is a big future in Applied Physics, his immediate concern is that Darwin is unable to attract physics students at undergraduate level. He has mentored Ph D students from around the world and hopes that interest in solar cell development will outlive his tenure.