AM honour for Darwin-based lawyer, administrator 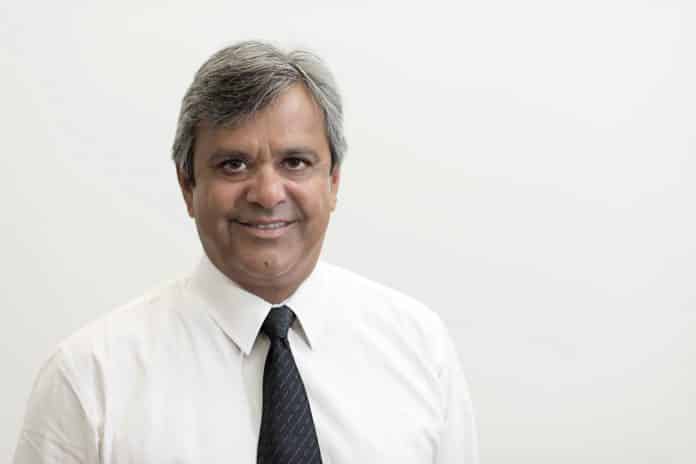 Reading Time: 3 minutesFor significant service to the community through contributions to the economic and social development of the Northern Territory in a range of executive roles

On a road trip around Australia as a young man in the early 1980s, David De Silva found himself in Darwin when the Chamberlain case was making news nationwide. Lindy and Michael Chamberlain were being tried for the murder of their baby girl Azaria: they claimed they were innocent, and that a dingo had taken their baby. A curious David decided to sit in at the Supreme Court to watch the proceedings as the inquest took place – and was hooked.
He went back home to Adelaide and enrolled in university to study law.
“I had just finished school and was working in the public service, but was a bit lost,” he recounted to Indian Link. “I knew I needed to do something more, and I found my calling in Darwin. I was clear in my aim: return to NT to practise law.”
Some 30 years later, David is a successful litigation lawyer and Principal of the Darwin-based De Silva Hebron Lawyers, which he founded in 1993.
Over this period, his skills in administration and zeal for public service have seen him take on leadership roles in a wide variety of areas. Currently, he serves as Chair of Crimestoppers Northern Territory, Chair of the Territory Power Generation Corporation, Chair of Darwin Performing Arts Centre, and is a Board Member of the Darwin Waterfront Corporation. He has also served as Director of the state’s Power and Water Corporation.
As well, David’s keen interest in sport has seen him play a legal or administrative role in football, AFL, basketball, hockey and tennis.
“As a lawyer I worked on soccer tribunals and found myself involved in the sport. I helped establish AFL in NT after bringing it to Darwin. Currently I’m director of Tennis NT.”
For these services, David has been recognised with the AM in this year’s Queen’s Birthday Honours.
“I’m enormously surprised – I mean that. But mainly honoured, and honestly, quite excited,” he told Indian Link.
“You don’t go into it expecting the accolade… I’ve just done what I set out to do,” he added with humility.
David grew up in Australia although he was born in Bahrain, where his dad then worked. He credits his dad for his accomplishments today.
“Dad, a civil engineer trained from Roorkee University, has an incredible brain. He encouraged us to do lots of things, like he did himself. For instance he was a sports fanatic, and encouraged us in that direction too. He inspired us to keep our interests diverse. Australia also has been wonderful to us, giving us the opportunity to express ourselves in different areas.”
What would he identify as a career highlight?
“Building a successful legal firm. I’ve helped develop many young lawyers who now serve as barristers and successful lawyers in other cities. Outside of my mainstream profession, I’d say seeing the launch of the Darwin International Tennis Centre. That was about nine years’ work. Establishing the AFL here was also a big deal – and that took about 2-3 years.”
It is quite clear that David is a proud Territorian.
“NT is a real land of opportunity. It is an egalitarian society in every respect, and everyone gets a fair go. As a new centre for economic development, and as Australia’s ‘Gateway to Asia’ there’s plenty of opportunities here in business as well as sport. In fact, when I finished uni in Adelaide I worked with a high court judge briefly and he offered to take me on in a permanent role. I declined, because I had NT on my mind!”
And what about his Indian links?
“Hometown is Agra even though Dad is from Goa and Mum is from Assam. It’s been years since I’ve been back though, as our family is now scattered across Australia. But of course we are in touch with extended family in India.

Having said that, what I hope to do with my AM honour, is to inspire others to embrace the Australian culture while retaining their ethnicity and values.”