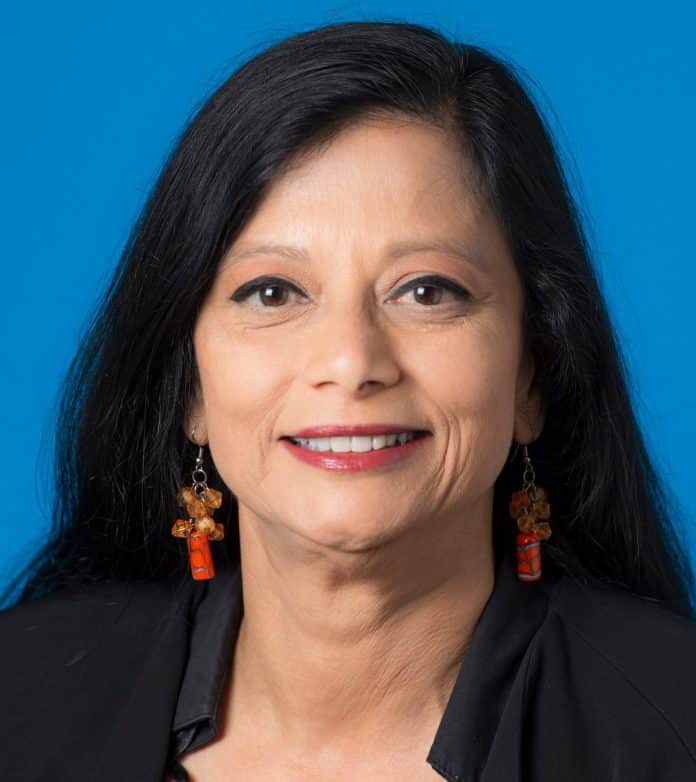 Reading Time: 4 minutesProfessor Jayashri Kulkarni says she is ‘honoured, thrilled and excited’ to receive the Queen’s Birthday honour this year for her work in mental health.
“This award is given to me personally but I see it as a tick of approval for women’s mental health research,” Prof Kulkarni told Indian Link. “This recognition is also for the team of people that has worked with me in the field. I hope that this recognition will help promote the need for women’s mental health research and attract the funds required to further it.”

Prof Kulkarni is the founding director of the Monash Alfred Psychiatry Research Centre (MAPrc) and is currently a Professor of Psychiatry.
She was instrumental in the opening of the women-only wing at The Alfred Hospital Psychiatry Unit, to prevent sexual assault and violent attacks against women in psychiatric wards.
A proud Monash University alumni, she has also been the Director of Monash Partners Academic Health Science Centre, Neurosciences & Mental Health Stream.
Early in her career, Prof. Kulkarni established the Dandenong Psychiatric Research Centre, Dandenong hospital.
In 2015, she founded the Australian Consortium for Women’s Mental Health.
Prof. Kulkarni strongly feels that women’s mental health should be a national priority, including mental health in pregnancy.
In her own research, she pioneered the use of estrogen as a new treatment in schizophrenia and is considered a leader in the field of reproductive hormones and the critical role they play in women’s mental health.
“Improving women’s mental health is intimately tied to improving their well-being and productivity, the next generation’s outcome and the mental health of their family and community, Prof. Kulkarni said.
What are some of the issues in women’s mental health that are cause for concern currently?
“Interpersonal violence, particularly violence in early life, and repercussions from brain development that can be impacted adversely and expressed as depression, anxiety and other disorders,” Prof. Kulkarni replied. “Further into the field, women are struggling with second class citizen status and facing disparate power dynamics and/or poverty that is impacting mental health. In Melbourne, we are campaigning that women experience mental health differently and should be treated differently. There are many areas of women’s mental health crying out for more research.”
Sexual harassment and workplace bullying has also come to the fore in a major way in recent years, she added.
“As immediate past President of the International Association of Women’s Mental Health, I observed the progress of this movement globally. When it first started, I must admit I thought ‘this is very wealthy women of Hollywood complaining’ but then I looked closely into it and found that this is very serious. The movement has now spread to all parts of the world. The calling out of sexual harassment and bullying in the workplace applies to hospital or factory floors just as much as it does to Hollywood elite. Well done to the Hollywood stars who leveraged their communication skills and public traction to push start a very important process of calling out practises that are unacceptable.”
Jayashri migrated to Australia with her parents in 1961. Her parents quickly integrated into the Australian community, offering a nurturing upbringing by picking and choosing from both cultures.
She met her husband Ernie Butler at medical school: today he is Head of Neurology at Peninsula Health. They have two daughters – Rani, a medical defence lawyer, and Surina a Monash University medical student.
Jayashri also likes to maintain connections with her extended family in India and travels often to different parts of the country.
“I find there is an interesting change in thinking in the big cities of India that does not necessarily transfer, in a short space of time, to our migration population here,” she remarked.
According to her, there is an overrepresentation of women in the Indian community who experience mental illness.
“A lot of migrant families are raising kids in the beliefs of the culture as it was when they left 35 or 40 years ago from their country of origin,” she observed. “They are frozen in time and this is causing a real schism for the second and third generation kids that need to navigate with the family beliefs and the external western influences surrounding them. This can cause disharmony within the individual and we do see them grappling with depression, anxiety and eating disorders as an expression of this. There are many fabulous things within our culture like the sense of family, enjoyment and bonding within the community. Also the food, colours, passion, and enthusiasm… but for women, there is still some work to be done.”
As a mentor to many young female researchers and clinicians, Prof. Kulkarni strongly feels that it is important for senior female executives to take on mentorship roles.
“There are many diverse leadership styles for young men to emulate, but there are fewer choices for women as there are not enough senior women in executive positions in certain fields.”
“I often like to say to young women, you do not have to be an honorary man to be a leader,” she said with a smile.

As a Club Melbourne Ambassador, Kulkarni is also looking forward to Melbourne hosting the Women’s Congress for Mental Health in 2021. “Academic tourism is critical to exchange ideas with the world, sharing the state’s expertise, boosting the economy and bringing thought leadership here.
This exceptional leader, mentor and speaker is doing an inspirational job spearheading the advancement of research in women’s mental health.

- Advertisement -
Share
WhatsApp
Facebook
Twitter
Linkedin
Previous articleQueen’s Birthday Honours 2019: Mahalingam Sinnathamby, AM
Next articleGirish Karnad: A look back at the life of the legendary playwright and actor