Professor Sharad Kumar, AM: A warrior against cancer

For significant service to medical research in the field of cancer and cell biology, as a scientist and author, to medical education, and as a mentor 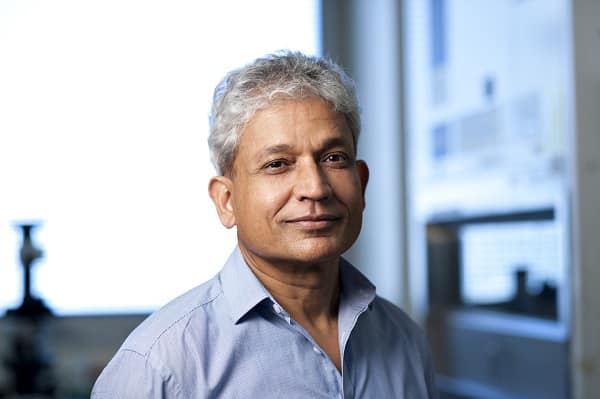 Reading Time: 3 minutesBY SUDARSHAN ARVIND
Behind every success, there will inevitably be many failures, says Professor Sharad Kumar.
Spanning several decades, his professional journey to the top end of Australian biomedical research has certainly not been without hurdles. It has been a bumpy road for sure, he admits.

The NHRMC Senior Principal Research Fellow and Centre for Cancer Biology co-director has been appointed to the Order of Australia. The prestigious Australia Day Honours recognises his outstanding work in key research interests such as programmed cell death pathways and mechanisms of protein modification in cells.
“It is the recognition of many years of teamwork that has culminated in this. For us, it is an honour and a humbling experience – these awards recognise both individual achievement and the fundamental contributions of the team as a whole,” says Professor Kumar.
“It is humbling to receive an award such as this which represents a more public recognition of contribution to the wider community,” he added.
Featured in over 225 publications, Professor Kumar has won many professional accolades including the 2003 ASBMB Amersham Bioscience Award and the Ranbaxy Research Award. He also holds Affiliate Professorships in the Faculty of Medicine and School of Molecular and Biomedical Sciences at the University of Adelaide, and Chair of Cancer Biology & Research and Professor of Cell Biology, University of South Australia.
Professor Kumar studied Biochemistry in India before moving to Australia to complete a PhD at the University of Adelaide. He then undertook postdoctoral work in Queensland and spent time as a Research Scientist in Geelong’s CSIRO Animal Health Laboratory.
As the recipient of a Japanese Government Science and Technology Fellowship, Professor Kumar subsequently spent five years at the renowned RIKEN Tsukuba Life Science Centre and Cancer Institute in Tokyo, inspiring his current research interests in apoptosis and ubiquitination.
Returning to South Australia, he started his own lab in 1994.

“We wanted to bring like-minded people under one umbrella – with the focus on cancer biology. Since 2009, we have expanded to 160 people, the largest concentration of this type in our state,” he says.

“Science is a global field and the same issues afflict humans around the world,” Professor Kumar points out, regarding his extensive experience both in Australia and around the world.
Nevertheless, Professor Kumar admits that his path had not been devoid of challenges, one that scientists across the country have faced and continue to contend with.
“Funding at large is tight everywhere. As a nation, we spend a comparatively smaller proportion of our GDP on scientific research.
“At the moment, we rely primarily on public funding. The public is generous and there is great support in the community, especially for medical science.
“The excitement, passion and commitment of working as a scientist greatly outweigh negatives like funding and insecurity,” he says.
“It’s never easy but you do it because you strive to learn new things and have the opportunity to contribute to society on so many levels.”
Indeed, Professor Kumar’s research on genes controlling cell survival and protein modification has implications for an array of medical outcomes, illuminating exciting developments in personalised treatment.
“Cancer is definitely a key focus area. When you know the exact genes that are defective in a particular lesion, we can design individualised chemotherapy. This helps us avoid the ‘sledgehammer’ approach, preventing side effects by sparing normal cells.”
The discoveries made by his laboratory have also opened up new avenues in other areas such as inflammation, kidney disease and blood pressure homeostasis.
As a member of the Indian-Australian community, Professor Kumar is delighted at the opportunity to give back to his new home.
“We make a conscious decision to relocate to a different country – we thus have a responsibility to contribute to the community which has taken us in while also maintaining our old links,” he says.