Priyanka Chopra, Rajkummar Rao to star in 'The White Tiger' 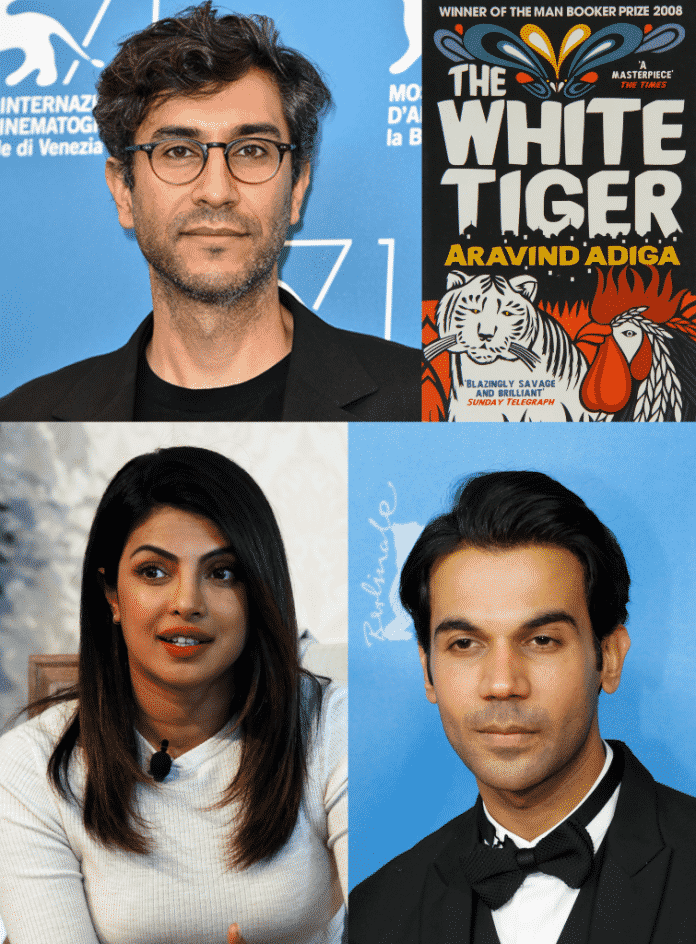 Actress Priyanka Chopra will be collaborating with actor Rajkummar Rao for the first time on Netflix’s upcoming film “The White Tiger”.
Adapted from Aravind Adiga’s prize-winning novel by the same name, “The White Tiger”, will also feature debutante Adarsh Gourav. The film to be helmed by ‘Fahrenheit 451’ director Ramin Bahrani, will begin shooting in India later this year. Priyanka and Rajkummar will be seen in pivotal roles.
“I’m so excited to work with Ramin Bahrani and Netflix to bring Aravind Adiga’s poignant story to cinematic life. When I read the book, I was fascinated with the perspective of the narrative. The story’s portrayal of raw ambition and the extent one will go to to achieve one’s goals is riveting. I look forward to filming this in India this fall, and also working along with Rajkummar for the first time and the wonderful cast Ramin is putting together,” Priyanka said.
To this, Rajkummar added: “It’s an exciting time for actors today and I’m thrilled to be a part of such a world-class project. I’ve been an admirer of Ramin’s work and am excited to see ‘The White Tiger’ come to life.”
Netflix is producing “The White Tiger” in association with Mukul Deora. Bahrani is also writing the screenplay. Priyanka will also serve as the executive producer.
“The White Tiger” follows the extraordinary journey of a self-made man from tea-shop worker in a village to successful entrepreneur in a big city.
“I have wanted to make a film of Aravind Adiga’s brilliant novel ‘The White Tiger’ for over a decade. I am grateful to have the opportunity to work with Mukul Deora, Netflix and such an incredible cast on this project,” said Bahrani.
Priyanka Chopra, who is repped by UTA, managed by Anjula Acharia and Grubman Shire, will also be working with the streamer on the upcoming Robert Rodriguez feature We Can Be Heroes. She is also set to produce and star in an untitled wedding comedy set in India that will co-produced by Mindy Kaling and Dan Goor for Universal.
IANS