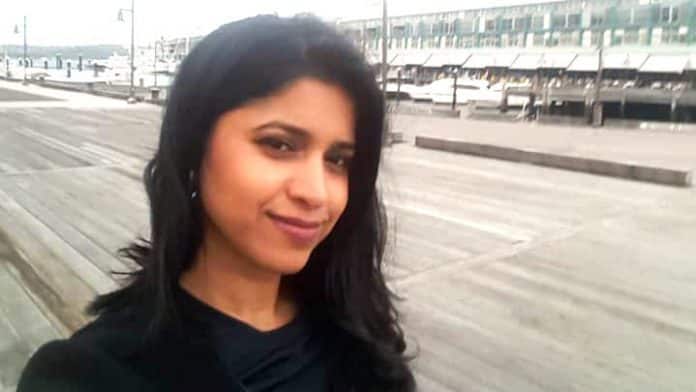 Reading Time: 3 minutesThe fact that it was International Women’s Day didn’t escape attention. That on the eve of the annual commemoration many of us went to bed with concern for the radiant doctor that the community had come to know as a colleague, a trusted healthcare professional, a daughter, sister, relative, friend, partner and for many of us, a beautiful face on the news.
By Wednesday morning, though, collective concern turned to universal devastation as details came to light of Dr. Preethi Reddy’s murder, possibly at the hands of a man she once trusted and cared for. The horrific narrative, still unfolding, paints an all too familiar picture in Australia today and one that plagues the subcontinental community with disproportionate acquaintance.


Statistically, it’s known that the most dangerous time for a woman in an unsafe relationship is when attempting to leave it as the offender’s sense of entitlement and ownership over the woman intensifies and he is more likely to harm her.
Dr. Reddy had long since left Dr. Narde but so great was his entitlement to see her, to possess her, to ensure no one else shared the life he longed to possess that he drove 400km under the pretence of professional interest to confront her in a professional setting. It is not an uncommon tactic for a man who has been personally rebuffed to show up unexpectedly at a woman’s workplace in hopes that the embarrassment and fear of causing a scene will result time given to him that was otherwise denied. Whilst the details of what happened in the hours of that night remain unclear, the unarguable truth is that Dr. Narde’s actions were all fuelled by a selfish desire to control a person he believed played a role in the narrative of his choosing.


This extended beyond Dr. Reddy and extended also to that of an unknown truck driver whose life he seriously endangered and whose livelihood was destroyed. Even in the act of eradicating himself, an act that the police suspect was deliberate, he left a trail of random destruction seeped heavily in disregard for the life of others. There is no single victim of violent crime. Families, friends, communities, paramedics, police and bystanders all suffer – but at least they’re given the opportunity to. Dr. Reddy was a young professional in the prime of her life who was loved by many and, in time, likely would have come to be loved and respected by many more.
As we mourn the loss of Dr. Reddy, we must also look inward to our community, to the way in which we are treating our sons and brothers. It is no secret that our culture has long favoured the “boy-child”, and we’ve made giant leaps towards gender equality in the last ten years alone but it is not enough. It has not been enough for Dr. Reddy the same way it was not enough for Nikita Chawla or Harjit Kaur. We need to stop placing our men – young and old – on pedestals which elevate them so high that they can’t recognise what respect and consent look like. We need to pointedly discuss with them that whilst Bollywood films are enjoyable entertainment, they are not instructive texts on how to “win” women.
They need to know that women can, do and are absolutely allowed to say no. And that that means no. Shifting the mindset of our men may take time and work, but it is not even a question when the alternative is burying our women.
- Advertisement -
Share
WhatsApp
Facebook
Twitter
Linkedin
Previous articlePutting soldiers at risk
Next articleA slice of Kerala at Rochey