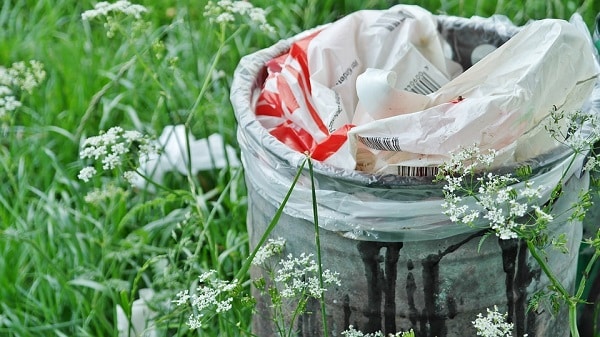 In India, many states have had plastic ban and restrictions in place, as well as citizen championing, long before Indian Prime Minister Narendra Modi declared that India will eliminate all single-use plastic by 2022.
Convenient lifestyle has ensured that plastic has, in one way or the other, entrenched itself in every aspect of our daily lives. UN Environment’s latest report ‘Single-use Plastics: A roadmap for Sustainability’ says that 50 per cent of the plastic waste generated globally in 2015 was plastic packaging. The culprits found across the environment are, in order of enormity, cigarette butts, plastic drinking bottles, plastic bottle caps, food wrappers, plastic grocery bags, plastic lids, straws and stirrers, other types of plastic bags, and foam take-away containers.
The report was released in India this year on World Environment Day (5 June) by the Head of UN Environment Erik Solheim and Modi. It is the “first comprehensive review of state of plastics”, a global assessment of government action against plastic pollution. Major governments across the world had already announced changes in the two decades, some early adopters being Denmark (1994) and Sikkim (1998). UN Environment’s CleanSeas Campaign launched in February 2017 was all about showcasing what plastic waste is doing to our oceans, wildlife, and us.
So what is all the fuss about? We have been manufacturing plastic since the 1950s, and its production has now overtaken almost every other material.

The problem is that most of it is made for single use and throw. The product or packaging is either recycled, incinerated, landfilled, dumped in uncontrolled sites, or littered in the environment. Around 79 per cent of plastic waste then shows up in landfills, dumps, or the environment, with 12 per cent incinerated, and only 9 per cent of the 9 billion tonnes recycled.
The report also states that we consume an estimated one to five trillion plastic bags worldwide each year – a number that calculates to almost 10 million plastic bags per minute. Strung together, “they would go around the world seven times every hour and cover an area twice the size of France”.
Here are some disturbing statistics:

If we don’t start fixing our consumption patterns and waste management practices now, we will have 12 billion tons of plastic litter in landfills and natural environment by 2050. Many solutions are needed, including actions from government policies and consumer companies – that list is long.
Let’s talk about plastic in terms of its impact on our daily lives, and how we can reduce it.

Plastic bags and foamed plastic products are the most visible single-use plastics, and not a pretty addition to the environment, with windblown bags perched on fences or trees or floating in rivers. Single-use plastic bags, used to carry our grocery or personal items, are made of polyethylene – or polythene – a tough, light, flexible, synthetic resin obtained by polymerizing ethylene.
Foamed plastics, or commonly known brand Styrofoam, is used in food containers for its rigid, lightweight, and good insulation properties. Its main types are foamed polystyrenes, and foamed polyurethanes.
We also replaced traditional material with plastic in our consumption packaging. Milk, edible oil which once came in glass or metal, now comes in 3 or 5 layer film pouches. Toiletries (soap/shampoos) packed in paper and glass now use plastic pouches, or films. Cement and fertiliser jute sacks have been replaced by PP/HDPE woven sacks. Toothpaste’s metal tube is now a plastic lamitube.

The extent of damage

Environmental effects
Some studies suggest plastic bags and styrofoam containers may not decompose for thousands of years, resulting in polluted soil and water, and causing consumption, clogging and entanglement hazards to wildlife on land and in the ocean.
Ditto with plastic bags since they are light, and easily blown in the air. UN campaigns have shown how high concentrations of plastic materials, mainly bags, obstruct airways and stomachs of hundreds of species, including unsuspecting birds. Turtles and dolphins mistake them for food. Recent evidence suggests that toxic chemicals residue from the manufacturing process gets transferred into animals’ tissues, and subsequently into the human food chain. Microplastic particles, mentioned earlier, are harder to trace, and difficult to clear out from open oceans.

Health problems
Styrofoam products include carcinogenic chemicals like styrene and benzene, which are highly toxic when consumed. They affect the nervous system, lungs and reproductive organs. Toxins from containers transfer into food and drinks. Poor countries burn plastic waste for heat or cooking, harming people with its toxic emissions.
In the open air it releases the harmful gases furan and dioxin. Plastic bags or materials can block waterways, worsen natural disasters, and choke sewers leading to breeding of mosquitoes and pests, or lead to vector-borne diseases like malaria.
Recent reports also talk about microfibers from synthetic fabrics like polyester, rayon and nylon, fabrics used in 60 per cent clothing.
During wash, plastic microfibers are shed in the washing machine – a single jacket producing up to 250,000 fibres. These travel to wastewater plants and inject themselves into marine environments, again returning to the food chain. A 2011 study states that microfibers make up 85 percent of human-made debris on shorelines around the world.

Solution and tips
The best and most effective reduction strategy is to reduce the input of plastic. Here are some tips to avoid our day-to-day consumption of plastic: