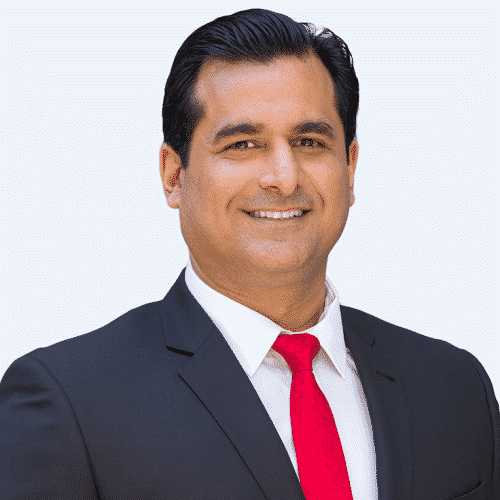 Like a duck takes to water. That’s how easily Yaz Mubarakai has stepped into his new role in state parliament.
From addressing issues like traffic congestion, sustainable transport, concerns on employability and the war on waste, to catching up with local residents on a regular basis, the new member for Jandakot in the Western Australian Legislative Assembly has made sure he takes his position as people’s representative very seriously.
We see him regularly at inauguration ceremonies, public events and community-based events. And he keeps in active touch with his electorate through social media. A recent Facebook post read, “Drop in to my office tomorrow between 11 am and 2 pm – the kettle will be on and a plate of biccies ready – I look forward to chatting with you about Jandakot!”
Talking to Indian Link, Yaz said, “I don’t see sense in not reaching out to the community. My office is always open to anyone who wants to talk.”

It is clear that Yaz is every bit a people’s person. A hard-core workaholic and an extrovert, his charismatic personality helps just as much as his strong family values.
His victory in Labor’s crushing win in Jandakot in March this year may have been unforeseen, but he has been working hard ever since. As the first Indian-Australian elected to Parliament, in the local Indian community, Shahyaz Yezdi Mubarakai has been winning admiration.
The 41-year-old is humble as he describes his journey. His family were chikoo (sapodilla) farmers in Maharashtra and he was a champion javelin thrower at school. In 1997, a study opportunity (Masters in International Business) brought him to Perth, the city he claims he has grown to love. To fund his education, he worked graveyard shifts, juggling between jobs at Caltex and Woolworths, converting every challenge into an occasion to learn more.

“A new migrant is constantly challenged by unforeseeable circumstances,” Yaz noted. “Personally, I set myself a ten-year goal very early on.”
This saw him prove himself as an entrepreneur, running the Success post office, Café Royal and Majestic India restaurant. He understands not only the challenges faced by migrants but also their desire to give back to their new home.
In this sense, Yaz is a shining example of his people, the Parsis. Migrants to India themselves, they went on to become some of the finest citizens of the country who helped advance their adopted land in every sphere – industry, science, education and entertainment.
Asked about the recent changes to immigration laws, employment rates and what the future holds for aspiring students here in Australia, Yaz agreed that much needs to be done. “Divesity of heritage is one of Australia’s biggest strengths. The country is open to empowering ethnic communities to live here and share their cultural vibes, with democratic values. However, there are aspects of the economy, like unemployment, rates of inflation, average household incomes and budget deficits that have a guiding impact on immigration. The good news, however, is that this is not permanent and decisions would be modified as situations change.”
Yaz was able to gain a foothold into politics as a Councillor in the City of Cockburn from 2011 to 2015. But the journey has not been without its fair share of upheavals, criticisms and perhaps even ridicule. “I just dusted it off,” he said nonchalantly. “Never mingle with discouraging people if you wish to succeed.”

He has clearly gained in confidence from where he took off, as well as in his determination to succeed.
“Yes this is all rooted in me wanting to prove myself, but I don’t see myself doing it alone,” he admitted. Naturally, Yaz is full of gratitude to his family.
He describes his wife as ‘a wonder woman, the oxygen of my life’. “Without her, I wouldn’t even be half the man I am now,” he affirms instantly.
Being dad to a nine- and a twelve-year-old, Yaz is able to empathize with the pressures of young families well.
“It’s been nearly 3 days since I’ve spoken to my kids,” he laughed. “They are asleep by the time I step inside the house. These are the perks I miss.”
But today, there are two more meetings and a gym session before he gets home.
Where does this energy come from?
“The key is to just do it,” he nailed it in his reply.