The felicitation of community members is a highlight at the Consulate celebration this year, writes UMA NAIR 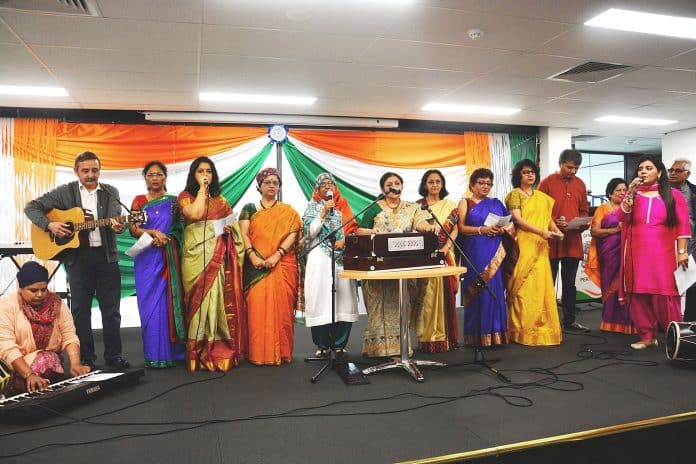 Reading Time: 2 minutes“For every Indian, whether living at home or anywhere else in the world, 15 August is sacred.”
This 15 August, MLA Yaz Mubarakai and MLA Kevin Michel, as well as members of the Indian community in Perth joined Consul General Amit Kumar Mishra at the Consulate General of India to celebrate Independence Day. Following the unfurling of the tricolour by the Consul General and singing of the national anthem, the Consul General read excerpts from the address of the President of India, Ram Nath Kovind, to the nation made on the eve of India’s 72nd Independence Day.

“Every Indian who does his or her job with sincerity and commitment, who contributes to society by being true to a professional ethic, who fulfills a personal and professional obligation… is in their own way upholding the values of freedom. They are providing the fruits and goods and services of freedom to fellow citizens.”
The speech expressed particular gratitude toward our farmers, our armed forces and our police forces, and highlighted the importance of harnessing the unlimited human capital of our youth.

He also gently reminded us that a freedom struggle still continues today for many of the women of our country.
“The expansion of freedom in our country in many senses amounts to the expansion of freedom for women in our country.”
The President’s words honoured Mahatma Gandhi, and upholded that we as a global Indian community still have much to learn from Gandhiji’s teachings, especially in regards to ahimsa (nonviolence), swachchta (cleanliness), and the promotion of both physical and mental health.