I love travelling, but Australia is a favourite, says the bubbly actor 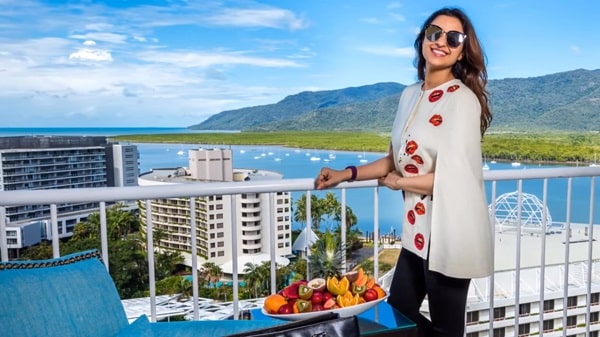 Tourism Australia has appointed bubbly Indian actor Parineeti Chopra as an Indian Ambassador in its ‘Friend of Australia’ (FOA) advocacy panel.
With her huge social media presence as well as her persona as a youth icon, Parineeti is well-picked to be selling Australia to the aspirational traveller in India.

Only last year, Parineeti acted as one of many foreign ambassadors for Tourism Tropical North Queensland. She Instagrammed her way through the region as she jungle-surfed in the Daintree Rainforest, flew over the Great Barrier Reef, dived and snorkelled, took a hot air balloon flight and cuddled a koala.
“I love travelling, but Australia is a favourite,” Parineeti said about her new role. “Before I first visited, I had heard a lot about and seen it on the screen and already loved it. So when I actually got there, it was like meeting a star. It was like, you have only seen him on TV or in pictures, but now you’re meeting him in person… that was the kind of feeling I had!”

Perhaps that’s why she did a ‘Saashtang namaskaar’ (kissed the ground) as she came out of the airport. Not kidding, check out the pics! Check out also an Indian Link clip where she sportily agreed to a quiz on Australia.
https://www.youtube.com/watch?v=JHTIYEuIRYA
Hopefully she’ll be able to reel off more facts about Oz when she comes visiting next.
The Friends of Australia programme has been devised as a way for Tourism Australia to foster mutually beneficial long term friendship with those they regard as unique, positive and influential storytellers. With this, Parineeti joins fellow Indian Friends of Australia, chef Sanjeev Kapoor and renowned cricket commentator Harsha Bhogle.