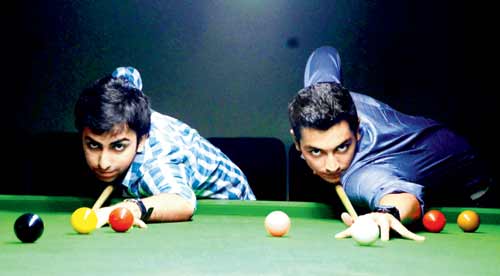 Advani, who recently won a fourth straight final in the 150-up format at the IBSF World Billiards Championship, grabbed his 23rd World title while Mehta claimed his maiden. The Indian pair won the opener 65-31.

Pankaj Advani then lost the second 9-69 but thanks to a 55 break from Aditya Mehta, the doubles tie went to India.

India then were 3-2 up and needed two frames in the best-of-nine final to win.

Pankaj hit a 52 break to take India within one frame of the title in the second doubles frame.

Mehta sealed the deal for India by beating his Thai opponent 83-9 in the seventh.