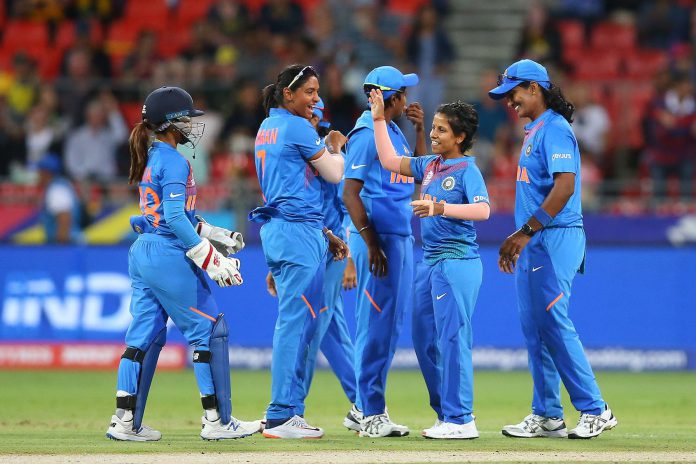 It was a shrewd but admittedly no-brainer of a scheduling decision; the opening match of the ICC Women’s T20 World Cup needed a big start, and there was no better pair of teams to deliver that than home favourites Australia and the perennially well-supported India. Held at Sydney Show ground Stadium, in the first ever international cricket match played at the venue, a record crowd for women’s cricket in Australia saw India pull off a stunning upset after setting what seemed like a middling total. It was exactly the start the tournament needed, even if was somewhat of a nightmare for the home team.

The teams had already faced off three times in quick succession in the preceding tri-series, but just like contests between the men’s sides, there was no sense of fatigue as the teams lined up for the pre-match anthems and the 13,500 strong crowd cleared their lungs; this match-up is, in almost every respect, still in some respects the most popular contest in world cricket.

Openers Smriti Mandhana and Shafali Verma raced to 40 within just four overs, setting a ferocious pace including plundering a 16-run over off the world’s number one-ranked T20I bowler, Megan Schutt. Verma in particular justified her burgeoning reputation as one of the most feared batters in world cricket, unleashing an array of lofted drives of which her idol, Sachin Tendulkar, would have no doubt been proud. At times, the Australians would have felt – as many teams have felt against India – that they were the away team, such was the intensity of the support for the Indian side.

But it is not for no reason that Australia are the best team in the world. The home side struck back with three wickets in the space of ten balls. India’s collapse was further compounded by the quality of the wickets claimed by the Australians, being India’s best three batters in Verma, Mandhana and captain Harmanpreet Kaur.

And so India were forced to consolidate through Jemimah Rodrigues (26) and Deepti Sharma (49*), with the pair accumulating a 53-run partnership at just under a run-a-ball. Many suspected that this period of consolidation may have dragged on for too long, with India settling for just 132 despite having 6 wickets left in hand.

Yet ultimately, India had clearly judged the pitch perfectly. Rather than be dismissed for 120 aiming to set 160, the Indian middle order placed their faith in their bowlers, and they certainly delivered.

Like India, Australia got off to a rollicking start, as opener Alyssa Healy put her run of poor form behind her to race to 50 in 35 balls. At 2/67 in the 10th over, Australia looked well set to launch an assault and put the match beyond India’s reach.

Enter Poonam Yadav. The diminutive leg-spinner dismissed half-centurion Alyssa Healy in her first over, then struck a crucial double blow to remove vice-captain Rachael Haynes and all-time great Ellyse Perry in back-to-back deliveries. Yadav was desperately unlucky to miss out on a hat-trick on her very next ball as keeper Bhatia shelled a routine chance behind the stumps.

It needn’t have mattered, as the Australians continued struggling to pick Yadav’s googly, which turned sharply around corners. Yadav finished with a match-changing 4/19, with Shikha Pandey cleaning up the tail with 3/11 as the Australians floundered around a fighting Ashleigh Gardener (34), the only batter other than Healy to reach double figures.

The T20 World Cup, which is making its Australian debut in its seven edition, has been billed by many as a key milestone in the rise of women’s cricket. Many at the ground would likely have never seen live women’s cricket before; fewer still would have seen the quality of players on display in the opening match.

If women’s sport is to succeed commercially, it must entertain; and Friday night’s tournament opener proved that it very much can.