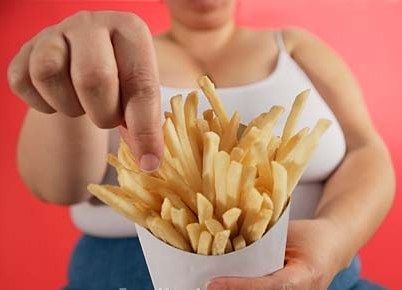 Do you eat to live or live to eat?  The answer to this vexatious question could quite simply be in the neural pathways.
Sydney based clinical psychologist and obesity researcher Jayanthi (Jay) Raman is all set to probe the link between eating and thinking processes, as part of her doctoral research.
Raman, who specializes in adult emotional disorders including depression, anxiety and post-traumatic stress disorder, is particularly interested in weight management, both from a clinical perspective as well as for scientific research.
Using an intervention method called Cognitive Remediation Therapy (CRT), she is conducting an innovative study whose outcomes could have far-reaching consequences for people with weight management issues. Dr Philippa Hay, an authority on eating disorders, will supervise Raman’s doctoral research.
The novel study, and the first of its kind in Australia, is a joint initiative of UNSW and UWS.
CRT, which was developed by King’s College London to improve neurocognitive abilities, has been successfully used to work with anorexics for a while now. Raman hopes to extend the same methods to explore the other end of the weighty spectrum.
Raman is looking to recruit participants aged between 18 and 55 with a body mass index of 30 or above and weighing not more than 180 kg.
“Examining cognitive functioning among obese individuals through this study, we hope to learn more about the relationship between thinking skills and obesity and the effectiveness of CRT,” Raman told Indian Link.
“This innovative therapy for obesity would not involve talking about your past, but address your thinking style, how you go about your tasks in your daily life,” she added.
Featuring memory games and puzzles, besides routine questionnaires, the study has been designed to engage the participants in a ‘fun’ way.
According to Raman, “People lose weight only to put it on again, sometimes the weight gain exceeds beyond the person’s original pre-treatment weight. Recent research has shown a link between obesity and anorexia and our thinking style.”
“It is not what we think, but how we think and how adept our brain is in attending to selective stimuli, how quickly we are able to shift focus, concentrate, remember, plan, make decisions,” she explained.
Raman, who underwent specialist training in CRT at KingsCollege in London late last year, has commenced data collection in February.
She actively seeks members of the Indian community to participate in the study. Obesity is a growing problem all over the world, with people of Indian ethnicity featuring prominently on the watch list.
Raman’s study will involve two types of treatment – ninety-minute group sessions once a week for three weeks, followed by one-hour individual sessions twice a week for a further eight weeks.
“In the first study, we are collecting data as baseline measures (this data will also be used for testing my model),” revealed Raman. “The second study is an intervention study – a CRT for obesity. Participants could undertake cognitive remediation therapy or supportive psychotherapy”.
It is completely free of charge and privacy and confidentiality are assured, she added. Nominal remuneration is also being offered to cover transport costs.
Participants have a choice of three locations – UNSW School of Psychiatry, various UWS campus locations as well as Raman’s clinic at Hornsby.
To participate or find out more, contact Jay Sundara Raman via email at 17365563@student.uws.edu.au or call her on 0408 422 850.