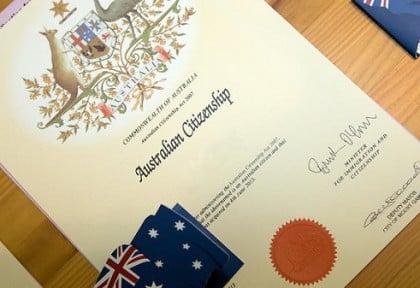 The new, university-level English language test that has been proposed for citizenship is unfair and will make second-class citizens out of hardworking migrants

While English is widely spoken by most people of Indian origin, many of those in the Indian community who migrate to Australia tend to struggle with the language, or at least the Australian nuances of it. In the proposed changes to the citizenship law, Prime Minister Malcolm Turnbull has flagged that those seeking citizenship need to have a university level of English proficiency.

The proposed changes will mean that the government wants migrants to firstsit for an English test and then take the citizenship test. The test has been set at a more challenging Level 6 of the International English Language Testing System (IELTS).
Currently, Australia does not have a separate English test but those who have passed the citizenship test are considered fluent enough in English to pass the equivalent of Level 5 of the IELTS. Level 6 of the IELTS is considered to be equivalent to university-level English.
The higher benchmark has been slammed as grossly unfair by all fair-minded individuals and organisations. The Labor party, which had earlier agreed to support these changes, has now backtracked, as we go to press.
The government has linked national security to the ability of people to be university-educated English speakers: This has been called out for what it is – a dog whistle to the politics of the extreme right and an appeasement to the voters of the Pauline Hanson One Nation party.
There is no doubt that national security is vital, especially in these volatile times, but to narrowdown your nationalism to the ability to talk, write, speak and understand English is plain simplistic. Yes, we need checks, reinforcement and education of Australian history, culture, lifestyle and values amongst those wanting citizenship. It is good to know more about how the country is governed, the different layers of the government, the First Australians, the arrival of the First Fleet, Gallipoli, the stolen generation and why Canberra became the capital of the nation as Melbourne and Sydney missed out. These and similar nuggets of information provide valuable insights into the identity of the nation that is going to be home to the migrants.
Having said that, if one were to walk through the Victoria Markets in Melbourne or the Flemington Markets in Sydney, one could bet one’s bottom dollar that a majority of those enthusiastically plying their trade will never be able to pass the university level of English. They are contributing to the economy and working hard, and deserve their citizenship no less than someone who can analyse a given paragraph and make a precise summary with no spelling mistakes or grammatical errors.
And what about the refugees who are desperate to find safe haven? Already traumatised, and with a deep desire to belong, they may take time to acquire English language skills. In any case, being shut in a small booth and asked to speak to a machine to assess skills in test-like conditions will be traumatic for most people.
The citizenship English language tests will create second-class citizens of those who deserve to be called Australians but have been ostracized by the system. This is exactly what we need to prevent, but language testing will only encourage it.