Will Modi be returned to power?

Modi has failed to tackle corruption and reassure religious minorities threatened by Hindu nationalism. But might he get elected just because Congress has no one to offer, asks LINDSAY HUGHES 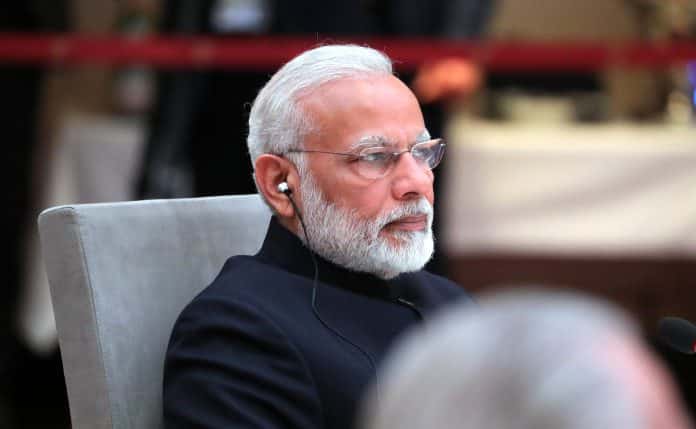 Summary
Article 83, Clause 2, of the Constitution of India mandates that a general election be held every five years, except in extenuating circumstances. No such circumstances being evident at the present time, the latest that an election can be held is in April of this year, although the process itself may extend into May. In 2014, an FDI paper predicted that there would be a change of government; it predicted that the ruling United Progressive Alliance (UPA), headed by the Congress Party under Prime Minister Manmohan Singh, would be overthrown by a resurgent National Democratic Alliance (NDA), headed by the Bharatiya Janata Party (BJP, the Indian Peoples Party) under the leadership of Narendra Modi, then-Chief Minister of the state of Gujarat. In the event, the BJP won an overwhelming victory, so large, in fact, that it has dominated Parliament since. With the NDA coalition, there was little doubt as to Prime Minister Modi’s popularity.

Five years later, the world’s largest democracy heads back to the polls. Voting will begin on 11 April and will be conducted in seven phases. This is no run-of-the-mill undertaking. A mammoth 875 million people are eligible to vote in this year’s election. In 2014, 830 million people were eligible to vote and around 550 million chose to do so. They will vote to elect 543 representatives to the Lower House (the Lok Sabha); two more seats are reserved for representatives from the Anglo-Indian community. Those two reserved seats aside, each of the others represents a geographic area. The winner of the election is the first to gain a simple majority. Voters will be required to choose from 8,251 candidates nominated by 464 political parties at over 900,000 polling booths that will be staffed by ten million personnel. India’s general elections are, in short, a massive logistical exercise. It is easy to understand why, therefore, the election process is conducted in stages.
Analysis
The BJP won 282 seats in the Lok Sabha in 2014. That was the largest number won by any political party in India over the previous thirty years. Mr Modi won an overwhelming mandate to carry out his promised economic reforms, to weed out corruption and tackle the parallel economy (called the “black market” in India), to create millions of jobs and to raise India’s standing in the international order. The Congress-led UPA won a scant 61; the Congress itself a mere 44. This was the party that had ruled India previously, India’s oldest political party, the party of the country’s first Prime Minister, Jawaharlal Nehru, and the party that was instrumental in India’s struggle for independence. It was also the party whose very name had since come to symbolise corruption. The party, no matter that it had an elected Prime Minister, was effectively ruled from behind the scenes by a member of the Gandhi-Nehru dynasty, albeit that she was a member of that family through marriage and an Italian by birth. Sonia Gandhi, the wife of ex-Prime Minister Rajiv and daughter-in-law to India’s only female Prime Minister, Indira Gandhi, had few qualms in overriding Prime Minister Manmohan Singh if she felt that action were warranted.

The country does not fare much better for freedom of the press, either. As the Committee to Protect Journalists noted in its 2017 report, ‘Philippines, India and the Maldives are among the worst regional offenders’ in terms of freedom of the press and corruption. (More information on the press in India is available here.)
More importantly, religious minorities in India feel threatened by the BJP’s strong religious nationalism and its strict adherence to its principles of Hindutva (“Hindu-ness”). That has led to churches being attacked and, according to Human Rights Watch, the promotion of ‘Hindu supremacy and ultra-nationalism at the expense of fundamental rights for all Indians’. Hindu groups that claim affiliation to the BJP have attacked Muslims who, they allege, buy, sell and slaughter cows, an animal considered sacred in India. The Human Rights Watch 2018 report’s section on India may be read here. This has led to a degree of fear among religious minorities and even secular Hindus in India.
It is in that regard that the news that a scion of the Nehru-Gandhi dynasty, Priyanka Gandhi Vadra, has entered Indian politics, is salient. As a recent FDI paper noted, it is quite possible that she could make a difference to the flailing fortunes of the Congress Party for at least two reasons. First, she bears a strong physical resemblance to her grandmother, Indira, which has led many Indians who look upon her administration with a degree of fondness despite her failings and strongarm tactics, to believe that those days could return. Second, Ms Gandhi’s presence could lead many minority voters to flock, once again, to the Congress Party’s secular policies, thus removing them from the perceived threat of Hindu nationalism as espoused by many BJP followers.
On the other hand, Mr Modi has demonstrated, as the 2014 FDI paper suggested that he would, a willingness to adopt a robust response to Pakistan’s use of asymmetrical warfare against India. After militants attacked an Indian Army base in Kashmir, killing sixteen soldiers, India sent its Special Forces personnel into Pakistan-administered Kashmir to carry out “surgical strikes” against those militants’ bases.

India claimed that it killed many militants in that operation and ‘those who support them’. Pakistan denied that claim, saying that its army personnel were killed by unprovoked shelling by Indian troops. When militants struck India earlier this year, however, Mr Modi escalated the response, sending fighter jets into Pakistan itself to strike against militant camps there. Those actions have served to inflame the already-strong nationalism among the BJP’s Hindu base, leading many to believe that he would be willing to take any steps that he deems necessary to protect India and its citizens.
Given all of the above, the question now is, will the BJP and Mr Modi be returned to office? Whereas in the previous election, Mr Modi promised hope against the endemic corruption and economic stagnation of the ruling UPA, this time around he will be assessed against his own promises. Has he kept his 2014 election campaign promises? The answer to that must be yes and no. He has endeavoured to keep his promises; there is little doubt of that. He has been unable, however, to rein in corruption and, among religious minorities, to ease the feeling of being threatened by Hindu nationalism. The question has to be asked, however: what alternative is there to Mr Modi? The Congress Party can offer none. In the long term, Priyanka Gandhi could make a difference but it is increasingly likely that Mr Modi will be returned to office, albeit with a reduced minority.
Author: Lindsay Hughes, Senior Research Analyst, Indian Ocean Research Programme
This article was originally published here.