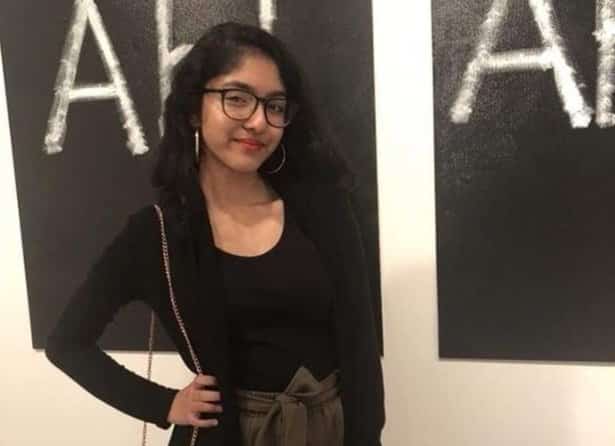 Ananya Dasgupta, 16, a Year 12 International Baccalaureate Diploma student is passionate about many social causes such as global warming, the refugee crisis, female empowerment, the LGBT+ community and much more. She loves talking to new people and spending time outdoors. Ananya Dasgupta also loves to sing, read and bake.

How are you coping with home school?

It’s been nearly the same as classes at school. There are some technological problems sometimes, but this is a challenging and unprecedented time for everyone, and the situation has been handled quite efficiently. Sometimes I do find it harder to focus and practice self-discipline because I’m used to doing work at school or at a library. I do think online school is a bit more effective in some ways though, because little time is wasted in shifting classrooms and settling down. Classes can also be recorded now, which is very useful if I want to go back and make my notes more comprehensive.

After hours, what keeps you entertained: what are you watching currently?

I’ve been watching documentaries lately regarding nature and climate change, but I also seem to have more time for shows and movies. I’ve been binging a lot of Disney movies and shows as well as Bollywood movies.

Aside from the reading for my coursework, I’ve been reading I am Malala, and some self-improvement books. I’ve been able to find more time to read lately as well, because we’re currently on school holidays. The next book I’m intending to read is 1Q84 by Haruki Murakami, but that’s going to be a really long read, so it might take a month.

Another benefit of studying from home is that now I can constantly listen to music, so I’ve been streaming all my favourite artists and I’ve also discovered some new ones like Charlotte Lawrence, Sasha Sloan and Alec Benjamin. When I’m studying I listen to lo-fi music without lyrics so I don’t get distracted. I’ve also been singing a lot more because I’ve discovered so many new good songs.

I’m actually eating breakfast every morning now, unlike before, but I have been baking a lot more. I’ve tried out some new recipes such as lemon drip cake and German apple strudel, but it’s been hard to find all the ingredients I need at times. There’s been a shortage of all-purpose flour but I did get my hands on some self-raising flour, so I’ve been more creative and coming up with my own recipes as well.

How have you been exercising/ staying fit?

Before quarantine started, I used to ride my bike to the bus interchange every morning but since I can’t do that anymore, I’ve switched to doing Pilates and yoga exercises at home. I’ve found them quite relaxing and more effective than biking. I still go on walks sometimes, but it’s extremely restricted so I try not to.

I haven’t really acquired any new skills yet, because I’ve been focusing on developing my current skills and giving more time to my pre-existing passions. I did learn a lot about giving haircuts though, because on the fourth day of quarantine, I cut my own hair, and since then, my whole family also wanted to cut their hair, so I’ve been getting practice with that. So far, I’ve cut around four people’s hair, and now I have so much more immense respect for hairdressers. It isn’t easy!

A couple of days ago, I realised that I had some old paints and canvases lying around, so I decided to finally get into painting again, and although I’m not nearly as good and practiced as I used to be, it’s been so much fun getting into it again and I’m just enjoying the process a lot.

Another thing that has really changed is that I’ve been spending so much more time doing things with my family like cooking together and playing board games together when we get really bored. It’s been fun, and good for our relationships as well. However, it is a bit hard being constantly surrounded by my family, especially because my grandparents are also visiting from India for about six months, so I really miss being able to go out and just being by myself for some time.

What have you learned about yourself this past month?

I think the most shocking discovery for me has been how extroverted I actually am. Earlier, I used to think of myself as an introverted person and a home body, but now that I’m restricted to my house, I’m realising that I actually enjoy spending a lot of time outdoors. I miss talking to my friends and just people in general every day. I’m still video calling my friends, but it just doesn’t feel the same. I also learnt that I thrive when a routine is enforced, because it’s been hard to maintain self-discipline without leaving the house or going to school.

READ ALSO: “Me Time” in quarantine