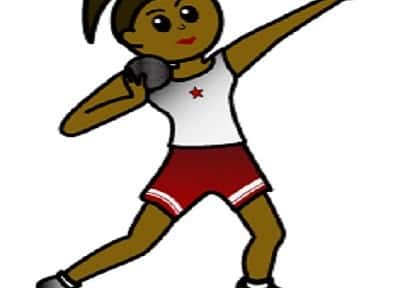 The zoo, the athletics carnival… and a bit of soldering. ANANYA WAKHARE writes.

Term 2 has really flown by and I can’t believe it’s over! This term has been pretty intense with so many things happening. More things to fit in each day than the number of waking hours, like that time when there was more Year 7’s in the zoo than animals! For our science assessment this term, we had to go to Taronga Zoo to take notes and study the animals. It was quite fun even though we were actually there to study. The highlight had to be the seal show, with the seal showing off its skills and making the most adorable squealing sounds.

I took a video and watched it over and over again. Seals are indeed intelligent and so very cute. But the best part about this excursion was that we were with friends traveling in our own independent groups with no teachers bossing us around. In other words… we were let loose in the zoo!
In Term 2 we also had our athletics carnival, it was for the whole of year 7. I am not a very keen athlete but I was forced to participate – compulsory event, you know! I waited impatiently as we all got on the buses in alphabetical order and headed to Sydney Olympic Park. As soon as we arrived at the running tracks venue, the events began.

I refrained from running any races – not my cup of tea, really, but decided to participate in an unusual event, shotput. When I went in to throw, I thought to myself, WHAT have I signed up for! But in the end I think I did better than my usual shotput throws. Another important lesson learnt: trying never hurts! High school certainly has been that way so far for me.

During Term 1, in the technology unit we had to learn how to design and actually create a product. We started the research and design process for making lanterns and I actually brought home my finished product last week. We learned to do so many things during this process such as, using Adobe Illustrator for laser cutting, strip heating, gluing and even soldering! I can proudly say that the finished product is absolutely mind-blowing especially when lit up in a dark room. My family and friends think I did an incredible job and I think that way too… just saying!
We received school photos this term and I couldn’t help but feel a sense of achievement as I flipped through my Yearbook. The photos of me grinning say at all – how much I am actually loving my new-found independence, friends and challenging pieces of work.

Word Nerd
During the process of lantern making I learnt a new world: Soldering.
Soldering is the process of joining metal by melting a metal wire to act as a glue. I thought it was a pretty cool thing to do for Year 7. Have you ever heard of this word or actually done soldering?
Fun facts about SEALS